ShivaWatch: The judge, the poet, the physician, and father of Rocky. 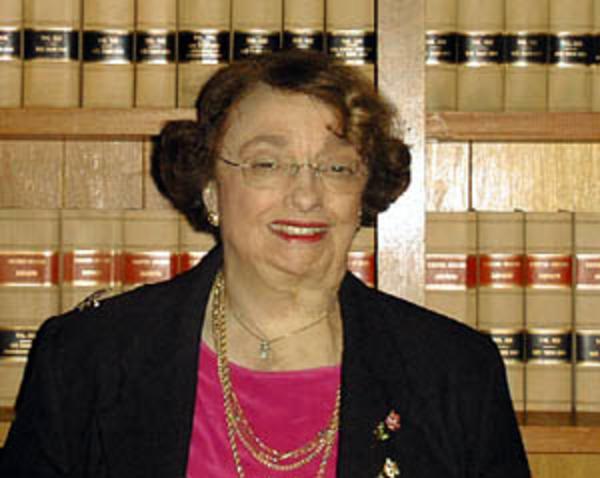 The Honorable Judge Ruth I. Abrams of the Commonwealth of Massachusetts passed away at 88. Judge Abrams, like the Notorious RBG, was one of the first women given admission into Harvard Law School (There were 19 women and 560 men in the class admitted in 1953). She wrote landmark decisions on family law and gender equality. She was the first woman appointed to Massachusett’s highest court since its founding in 1692. She served on it for over two decades and single-handedly changed the face of the Massachusetts judiciary by quietly recruiting other women to serve on the bench. Anecdotally, at Harvard, women were called on in class perhaps only twice a year on “Ladies’ Day.” As a practicing attorney, one judge admonished Attorney Abrams for not wearing a hat. Another assumed she was a secretary in the D.A.’s office. In 1986, Judge Abram’s wrote a landmark opinionthat the courts could not allow a man to control his former wife by cutting off alimony if she did something that he didn’t like, such as live with another man. In another decision, she got the bench to rule that an insurance company had to cover medical expenses for female-specific conditions, like pregnancy, if it was covering male-specific conditions, like prostate cancer.

Dr. Benjamin (Auerbach) Emanuel, 92, the son of a Jerusalem (Odessa-born) pharmacist and homemaker, passed away this past week. A well known physician with a very large pediatic practice in the Chicagoland area, he was also famous nationally for being the father of four childen, three of whom gained national prominence in their fields. Ari Emanuel, a Hollywood super-agent; Rahm, a mayor of Chicago and White House aide; and Ezekiel (Zeke), an oncologist, bioethicist, and one of the primary architects of the Affordable Care Act. His daughter, Shoshanna, was adopted after Dr. Emanuel treated her as an infant. Dr. Emanuel was born in Jerusalem and arrived in the United States in 1953 (he was briefly a pamphleteer for the pre-State Irgunl he refused to mail letter bombs to England as they asked him to do). In 1955, he married Marsha Smulevitz, and together they raised a highly competitive, politically engaged, chess-playing, and argument-loving family. As a young physician five decades ago, he sued Mayor Daley and the City of Chicago, am act that could have destroyed his entire career and practice. On Shabbat, the the family was to stay home for dinner where the family debated, loudly, about all topics from current events to films. On Saturdays, Dr. Emanuel would take one of his sons on his Saturday rounds to visit the sick children. The family changed its surname to Emanuel to honor “Emanuel Auerbach,” Benjamin’s older brother who died in Jerusalem at 18. He contracted an infection in 1933, after a bullet struck him in the knee after ricocheting off the pavement from a conflict between protesters and police during the British occupation of Palestine.

According to the book, “Brothers Emanuel,” when Benjamin Emanuel immigrated to the United States, he spent a brief stint working as a doctor in Cincinnati before moving to Chicago, where he met his wife during a trip to the radiology department at Mount Sinai hospital. As Marsha Smulevitz developed X-rays for one of his patients, Dr. Emanuel went to sleep on a gurney. The young doctor awoke after “she playfully released the lock on the wheels of the gurney and let it roll down a ramp through the emergency room doors and into the cold night,” Zeke Emanuel wrote. After a long breakfast, the two were engaged to be married one week later. They celebrated their 66th wedding anniversary in August.

Elaine (Barbara Cooklin) Feinstein, a British-Jewish author or poet, passed away at 88. From her base at Cambridge, she was most known for her translations of the works of Russian poet Marina Tsvetaeva (1892-1941), and for fifteen novel, including “The Border,” which was about two Jewish intellectuals traveling across Europe in 1938 as Hitler’s power grew. In 2008 she published “The Russian Jerusalem,” a novel that mixes poetry and prose to trace Soviet persecution of the poets she called the “Jews” of Russian culture. Her home became a meeting place for visiting writers from around the world, among them Yevgeny Yevtushenko, Miroslav Holub and Yehuda Amichai.

Also, the death of György Konrád, 86, has been reported from Hungary. A leader of Hungarian modern, post-war fiction, Konrad’s work was banned for many years in Hungary, but he was permitted to publish his works in other languages. In 1969,, his debut novel about a case worker – based on his actual job as a social worker – A Látogató – was published and sold out in less than two weeks. He was born to a Jewish family in Debrecen and grew up in Berettyóújfalu. He survived WWII with his sister in Budapest, and survived the 1956 revolution, as well. After the fall of Hungarian communism, he was allowed to publish. And as anti-Semitism increased, he wrote several semi-autobiographical essays on Jewish subjects, including Kerti Mulatság (A Feast in the Garden, 1987); K?óra (Stonedial, 1994); and Guest in My Own Country (2013).

Eric Pleskow, 95, a Jewish refugee who became the head of two Hollwood studios – United Artists and Orion Pictures – and led the Vienna film festival for two decades, passed away in Westport, CT. Under his leaderships, the studios produced and released One Flew Over the Cuckoo’s Nest (1975), Rocky (1976), Annie Hall (1977), Amadeus (1984), Platoon (1986), Dances With Wolves (1990) and The Silence of the Lambs (1991). At 15, he fled Vienna with his family and arrived in the United States, served in the U.S> Army, and helped rebuild Bavaria Studios in Germany after the war.