If UToronto Rejects Kosher Food, Will Bubble Tea Be Next? 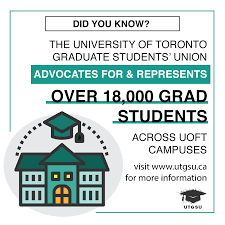 SO many major problems in the academic world.

– At the University of Florida, the head of the student government was impeached after he spent $50,000 to pay Donald Trump Jr and his Fox-personality wife to speak on campus;
– At The playing of the 136th edition of The Harvard-Yale football game came hundreds of people stormed the field (during halftime), calling on Harvard and Yale to divest their endowments from fossil fuels and Puerto Rican debt.
– At University of Pennsylvania’s law school, alumni and students are fighting the proposed name change from Penn Law to Carey law after a large donation;
– At Stanford, students are discussing possible druggings at a fraternity….

But of source the majorest major issue this month was when the a University of Toronto Graduate Student Union committee responded to a request for help, saying that kosher foodw as too pro-Israel and would conflict with its 2012 commitment to boycotting Israel.

The group has since apologized… sort of.

After complaints, the Graduate Student Union apologized for “unintentionally caus(ing) harm toward the Jewish community.” It added: “The External Commissioner did not intend to do harm in using this language, but recognizes that this is not an excuse for the harm that the wording of this response caused to the individual receiving it as well as to Jewish students at U of T.”

Of course, the statement does not retract its ideas the kosher food is pro-Israel, nor does it answer whether it will discuss helping create a kosher food option at its next board meeting. The U of T Hillel leaders will meet with the union to discuss a path forward but also the issue of why it believes kosher food should be part of a BDS policy.

Which got me thinking…. what else might the U of T Graduate Student Union like to boycott?

1. No More Bubble Tea on campus. It might be too pro-Taiwan
2, No longer support dim sum on campus, since it might take sides in the situation in Hong Kong
3. Cafe Reznikoff on the St George campus… name might be deemed too pro Israel
4. Diabolos’ Coffee Bar at University College.. name is insulting to circus-people and jugglers in rehab.