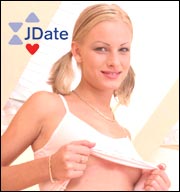 MatchNet Israel CEO Ehud Levy pretty much admitted it was a mistake. What on earth is going on at JDate anyway? And what’s with Haaretz skewering its single largest online advertiser, twice in a row? I get the feeling there’s something up over there. If anyone has any clue, please let me know – I can be reached at ck@jewlicious.com.