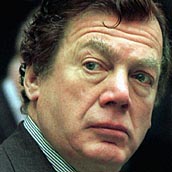 … and I totally agree, sort of.

In an interview with the Jewish Chronicle, to be published in London on Friday, he said he believed “the whole concept of Jewish peoplehood, and the lines being pure, begins to sound a bit like Nazism, meaning racism.”

Bronfman then suggests that we ought to combat assimilation by allowing individuals who are according to halachah (Jewish law) not Jewish, to be considered Jewish as long as they raise their kids as Jews and participate in Jewish life – even secular Jewish life. Now, I certainly have issues with his analysis and conclusion, but I am intrigued by, and totally agree with his initial statement.

Let’s ignore the gratuitous and inappropriate Nazi reference for a moment. That doesn’t merit a response. Let’s instead consider the substance of Bronfman’s premise.

Say you’re a secular Jew with adult children. You do not practice your religion at all in the majority of your daily undertakings, your actions are no different than those of any other secular non-Jewish person. And now let’s say that you insist that your children marry only other Jews. My question is, why? You sent your kids to non-Jewish day schools, and their Jewish education was limited to a few after-school classes for their bar or bat mitzvah, if they had one at all. You may have a personal, nostalgic interest in Jewish stuff, but certainly nothing that manifested itself in daily activity and not anything that really involved your kids much. Maybe a little, but not much.

So what is your insistence on Jewish spouses for your kids based upon? Your desire to make sure that your little Jewish hobby is perpetuated? Is it similarly important that your kids also share your passion for golf? Your love of model train sets? Your interest in vintage French wines? Hell no, that would be retarded, or at least unrealistic.

The only justification one could have for insisting that your children marry other Jews ought to be based on the fact that Jewish identity has always historically been best passed on within the context of religious Judaism. If you truly want to pass on your Jewish identity, the most effective way to do that is to live a Jewish life and raise your kids within a religious context. If you don’t you are simply declaring that the transmission of Jewish identity to your future generations is not that important to you. And if despite being a secular Jew, you still insist that your kids marry other Jews then you are manifesting an attitude that is indeed irrational and tribal. I mean what are you looking to perpetuate? Jewish genes? Jewish blood? There’s no such thing. Judaism is a religion, not a race. Only nazis, anti-semites and racists consider Judaism a race. On that level, Bronfman got it right.

I can’t fault him for trying though. Secular Judaism, as it were, is not without its charms. Most Jewish scientific and cultural contributions to the world have come from the ranks of predominantly secular Jews. Bronfman himself is a fine man who has done much for the Jewish people – his accomplishments in that respect are enormous: heading the World Jewish Congress, assuming the Chairmanship of Hillel, forcing Swiss bankers disgorge the profits they made from Nazi persecution of Jewish bank account holders, pressuring Soviet leaders to release Soviet dissidents, and generously endowing any number of other Jewish and Israeli causes. I admire him for that.

But, Edgar’s been married 5 times, and three of those times it’s been to non-Jews. He doesn’t practice religious Judaism and while “All seven of his children from five marriages were brought up as [presumably secular] Jews … only one, Matthew, is an observant Jew.” It’s clear that despite the valiant and well meaning efforts of secular Jews like Bronfman and Michael Steinhardt, secular Judaism is dead. It has no legs, no staying power. It depends on lapsed religious Jews to replenish it. Trying to turn things around by seeking growth from those clearly not committed to a long term association with Judaism and its traditional institutions is an exercise in futility.

Sadly, despite all his admirable work on behalf of Judaism, Edgar Bronfman himself is proof incarnate of my thesis. In that respect, he totally got it wrong.

Tip of the hat to Jewschool for the heads up.