Jewlicious in the World Jewish Digest 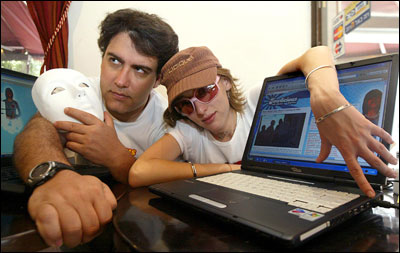 It’s the world of Jewish Blogs as reported by Sarah Bronson (aka Chayyei Sarah), except with the egregious error of spelling ck’s last name Adibol (it’s Abitbol, people, it’s like the Smith of Morocco).

Even still, we are flattered to be included, and be on the cover. Read away.

But wait! That’s not all! In a stunning display of shameless cross promotion, our very own Esther D. Shares her life in blogging in the same magazine.

Laya will have an article in next months publication. We f-ing own this magazine, baby!