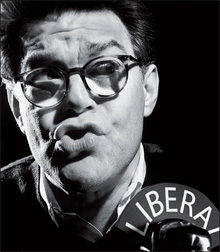 In a world where wrestlers and action stars become governors, where a comedy show is a trusted name in news, and where super stars are given UN credentials for having lots of money but still giving a damn, the lines between politics and entertainment become ever more blurred. Had Martin Sheen run in 2004, I have no doubt many Americans would have voted to continue the Bartlet administration off screen.

Therefore, it should come as no surprise that another comedian is crossing over. Al Franken, who you might know as Stuart Smalley from Saturday Night Live, or from such books such as Why Not Me? about the rise and fall of the Al Franken presidency, is running for U.S. Senate. And he seems to be serious.

It probably goes without saying that the author of Lies and the Lying Liars Who Tell Them: A Fair and Balanced Look at the Right and the Air America Radio host will not be running for the Republicans. We have to report this story because Franken is a Yid, but you know what? He’s good enough, smart enough, and doggone it, people like him! Good luck Al!