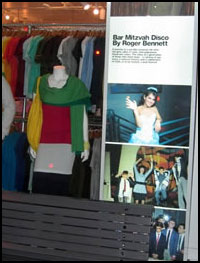 Courtesy of Gawker, we get the news that the Houston Street American Apparel store is no longer marked by scantily clad non-models in grainy Polaroid photos, but with pimply faced pubescent Jewish youth in kitchy get ups and big hair.

Roger Bennett, the man behind the book tells me that:

Bar Mitzvah Disco is the product of three years of collecting Bar Mitzvah photos from total strangers across the country in an effort to construct a parallel universe rife with gorgeous girls, piles of cash, and ungracious thank you notes. It is the story of our generation told in the pictures and words of those that lived it large, a coming of age story, a cultural history, and an unabashed celebration of style, or to be honest, the lack there of.

Featuring a forward from the Village People and essays on the 80’s from well known Jewish writers, the book comes out on October 31 can be purchased at BarMizvahDisco.com and in your local neighborhood American Apparel store. 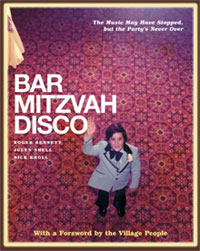 Roger was kind enough to send Jewlicious a complimentary copy of the book which ck tells me is hilarious (look for his review soon!). In that spirit we also thought it might be fun to talk to Dov Charney, CEO of American Apparel, about how his Bar Mitzvah went down.

Jewlicious: Did you have a Disco Bar Mitzvah/what was yours like?

Dov Charney: no, my bar mitzvah was at an arcade where everyone was playing Pac Man and Space Invaders.

Jewlicious: Do you remember your parasha?

Dov Charney: No, I was so nervous, I started crying on the bimah, it was a mess, I couldn’t even read in English properly, it was a nightmare. I thought I was going to faint.

Jewlicious: Who did you ask to dance with you when they played Stairway to Heaven?

Dov Charney: No one. Heather Charlapp was pissed cause there was no dancing, everybody was too busy playing Space Invaders.

Jewlicious: Did you get any play?

Dov Charney: No. There were no girls in my class who would even stand near me for 10 minutes. I was not so well liked by the girls at the time.

Jewlicious: How did it feel to become a man?

Dov Charney: Heh, I didn’t perceive myself as a man, neither before nor after the ber mitzvah.

Jewlicious: The era of your Bar Mitzvah, the 70’s/80’s, seems to have had a lot of impact in the style of the clothes you design, was it a particularly good time in your life?

Dov Charney: It was a great time. The Jewish neighborhood of Montreal at that time had a big thing for modern furniture and that has influenced the design of the stores.

Jewlicious: Why do you think that Jews hung on to disco for so long?

Dov Charney: I don’t know, did Jews hang on to it more than other groups? Maybe ’cause it’s a little more Mediterranean than rock, a little saltier, a little more glamorous. Looking back, I love the fun of dressing up for the party and the whole affair as each bourgeois family would try to outshine the other, it was fun. 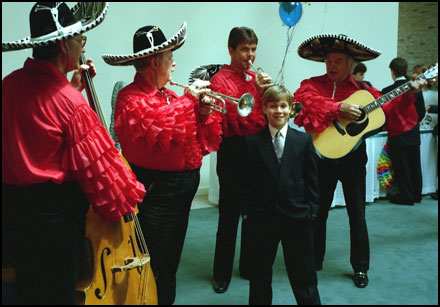 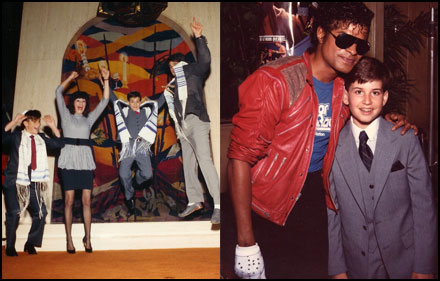