In defense of fair criticism 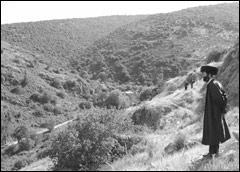 One place in which this happen quite often in the Jewish world is in regard to the Orthodox.

The Jerusalem Post today published a criticism of the journalistic integrity of Hella Winston, author of Unchosen: The Hidden Lives of Hasidic Rebels, a book about those who have left the Hassidic fold.

When Wendy Shalit in a notable Sunday New York Times Book Review essay sharply criticized several Jewish novelists for their stereotypical writing about Orthodox Jews, the fictionalists were able to respond that, after all, they were writing fiction.

No such fig-leaf is available to journalists and those with scholarly credentials whose writing is permeated by distortions born out of hostility toward religious Jews.

There obviously are Orthodox who do wrong. There are scoundrels and immoral people. That’s life, the unavoidable consequence of human failings that multiply as social interactions expand.

This truth provides no justification for the lies, stereotypes and other tools of the trade of bigots who also have a pen.

When the Orthodox challenge those who depict their community as steeped in wrongdoing, they are further accused of a cover-up, notwithstanding the further truth that there isn’t another sector in Jewish life that comes close to the Orthodox in reaching out and attempting to deal with those whose behavior is dysfunctional. Sadly, too many Jews, most of whom are bedecked with liberal and humanitarian credentials, eagerly lap up everything that is hostile to religious Jews…

If another writer would write in a similar vein about Italians or Blacks or other ethnics, there would be the serious charge of bigotry.

Having participated in the discussions on Jewlicious for almost two years now, I certainly see where the author is coming from, even if I don’t agree with every point he makes in his article.

While my own lifestyle would be questionable to some (pants! oh my!), and some of my views nothing short of heretical to others, I yet feel more a part of the liberal but decidedly orthodox community here than any other.

Despite my plethora of issues with the orthodox machinery and the many problems I see in most Heredi lifestyles, I would like to think that even if this were not my chosen community, I would yet come to the defense of those groups subject to vicious stereotyping, and of those who cannot defend themselves, given the forum of the conversation.

Something to think about, I suppose. Now off to call my birthright israel participants. The trip begins in 7 days – stay tuned!