“Here Comes Hanukkah…” plus, a rant from Esther 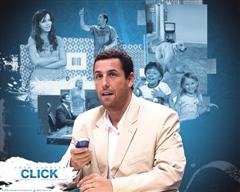 Adam Sandler’s all about the presents, boys and girls. So Hanukkah came early this year for children whose lives recently had actually not been much of a holiday of lights.

The JTA reports that the L.A.-based Sandler, responsible for Jewishly outing many of today’s most celebrated celebrities through his “Hanukkah Song” and its seemingly infinite number of spin-offs, donated 400 PlayStation consoles and games to children in “Israeli conflict zones.” The games were distributed by the Israeli Foreign Ministry.

Yes, it’s a lovely gesture, and I hope those children will be very happy playing Grand Theft Auto or SpongeBob SquarePants, or whatever the kids are doing these days. But everytime I hear that Adam Sandler makes $50 million a film, such trifles seem like luxuries. My criticism is not of Sandler per se, but of the wacked-out salaries of Hollywood people. If each of, say, the Oscar honorees made it their mission to donate a percentage of their per-picture salaries to a cause–either of their choice, or the Academy could pick one for them–I’m pretty sure we could cure cancer, or stop slavery and oppression, or put an end to world hunger. No one needs to make $50 million for making a movie about a remote control that allows you to control women joggers so that their boobs bounce slower. That’s not really changing the world.

So, yasher koah, Adam Sandler. You helped brighten a kid’s day, which is great. But if I banded together with friends, I’m sure we could send a hundred pizzas to IDF soldiers. But that’s the scale we operate on. But with people who make a disproportionate amount of money for the work they do, their responsibility should be to do more. Because there’s always more work to be done.