This is Even Better than a Job in Academia 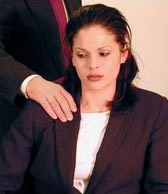 Muffti knew he should have gone for a career in politics rather than academia! From Haaretz:

Katsav to get full pension, even if forced out of office

Upon retirement, President Moshe Katsav will be granted a monthly pension of NIS 45,000. In addition, Katsav will be entitled, for the rest of his life, to budgets for apartment maintenance, an office, staffers, and a car and driver. His term as president is slated to end in July 2007. There is no mention in the law of a situation in which a former president is convicted by a court of any offenses.

Katsav’s pension will be the same as his salary as president due to the many years of seniority he has accrued in public service. He served alternately as a Knesset member or cabinet minister from 1977 through 2000, when he was elected president. The NIS 1 million annual budget has been given to all past presidents. The sum would cover maintaining an apartment in Jerusalem, including housekeeping. Should Katsav waive keeping an official residence in the capital, his private home in Kiryat Malachi would be managed at the expense of the state treasury.

In addition, Katsav will be entitled to a landline phone in the apartment as well as a cellular phone at the state’s expense, a car and driver, an office no larger than 140 square meters and office services, furniture and equipment, up to two full-time staffers, and NIS 902 a month to cover hospitality expenses. The state will pay for the former president and his wife’s medical services and any hospitalizations, after his retirement.

Katsav already receives a partial pension from the state for his past service as a Knesset member and cabinet minister, in addition to his presidential salary.

In February 2006, the Knesset Finance Committee reduced the entitlements for retiring presidents and former prime ministers. Former presidents will be entitled to the perks for seven years after their retirement and former premiers will be given the benefit package for five years. However, the decision to reduce the benefits period will not apply to Katsav, and he will apparently continue to collect the package for the rest of his life.