What is Jewish Identity? 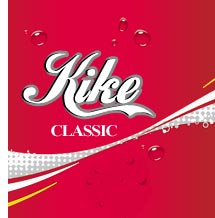 What is Jewish identity? There, I asked you. Is it identification with a culture? With tradition? With people within a community?

Whatever your definition of Jewish identity is, now make like the Food and Drug Administration, and institute guidelines for lower-calorie versions of the real thing:

Jewish Identity Classic: Same as it ever was, renamed and repackaged. Shiny, but appeals to traditionalists.

Diet Jewish Identity: Made with half the eggs, a third of the margarine, and whole wheat noodles. And Splenda.

And Jewish Identity ‘Lite’: Now, with half the calories and fat of regular Jewish identity…cholesterol free and with only 2g of carbs per serving!…with all the originally rich guilty taste preserved to intellectually haunt you like a waking nightmare. Spread it on your bagel, cover it with a nice piece of lox and bring it to your next neo-klezmer concert.

In his latest soon-to-be-a-classic piece in the Jerusalem Post, Ariel Beery continues his inquiry into the way our generation relates to and identifies with Judaism, including his reaction to a study put forth by sociologist Steven M. Cohen and historian Ari Y. Kelman, and funded by the UJA-Federation of New York and the National Foundation for Jewish Culture:

The findings show that the majority of the Jews found attending cultural events – parties thrown by Heeb or surrounding klezmer music – already have extensive Jewish backgrounds. Graduates of Hebrew schools, day schools and Camp Ramah, these Jews do have a history of engagement with the Jewish community – even though their current status is formally “unaffiliated.”

This finding turns the tables on many assumptions: If young American Jews are not affiliating despite being more educated and engaged then ever, what causes Jews of my generation to leave the community behind?

What, indeed. As one of the people who grew up with all of the blessings of a rich Jewish environment–educationally, culturally, religiously, and pretty much any other “ly” you could find–I should, by all rights, have found my place, and be happy within my humongous New York Jewish community. But while I wouldn’t necessarily call myself unaffiliated, I do feel adrift, like my engagement in the community is perfunctory. By birth, I’m here. And this is the only place I know. So here I remain, even if it’s not perfect, and even if it’s unsatisfying.

Just one example: I believe that women should have the right to equally participate in the service. But in my 14 years of day school education, I also know that technically, we’re not obligated to, and therefore, we cannot count to the minyan or be considered of equal prayer stature to the men. I never learned to read Torah, never learned when in the service you’re supposed to open and close the ark, and still feel like I’m doing something wrong if I even lead Kabbalat Shabbat. Unhappy in an Orthodox synagogue, I belonged to a Conservative synagogue for the principle of it. And shuddered silently when people less Hebraically and Judaically knowledgeable than I made mistakes. If I wasn’t willing to step forward and lead myself, how could I complain?

I also feel guilty of my educational and traditional privilege. Maybe it’s the feeling that there are too many options out there, or an overinvolvement with traditional Jewish organizational life, or the fact that traditional Jewish life doesn’t know what to do with single women in their thirties, but I still don’t feel like I’m home.

Of course, for a writer, nothing beats a good dose of alienation. Feeling disenfranchised and adrift is grist for the mill. In the absence of traditional resonance, today’s Jewish twenty- and thirty-somethings are creating their own structures–whether they be indie minyanim, Jewish-infused hip-hop acts, magazines of varying and non-competing audiences, or the vast range of approaches represented in the blogosphere–which are enriching the cultural landscape of Jewish life. But will they, in the long run, be good for the Jews?

For more posts by Esther, see My Urban Kvetch and JDaters Anonymous.Â