Some of you may know that I’m (gasp!!) involved in publications other than Jewlicious…lately, I’ve been devoting a lot of time and energy to a new magazine for Jews in their 20s and 30s (obviously, a population I may have written about before once or twice…) called PresenTense. (Website available here, with copy from previous issue–copy from new issue to follow shortly…)

To mark the publication of our new issue, Editor/Publisher Ariel Beery, the PresenTense team, and I are pleased to invite you to a photo exhibit of images from “Forgotten Heritage: Uncovering New York’s Hidden Jewish Past,” by German-Jewish photographer and PresenTense photoessayist Julian Voloj. The exhibit is produced in cooperation with JWalks and The Lower East Side Jewish Conservancy, and opens with a reception this Thursday, November 9 at 7 p.m. at the Edgar M. Bronfman Center for Jewish Life at New York University, 7 East 10th Street, New York City. (Admission is free, RSVPs helpful but not required: beth@presentensemagazine.org) 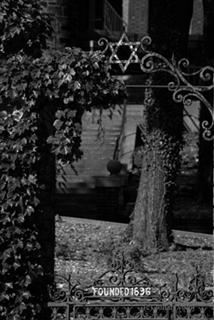 November 9th also marks the 68th anniversary of Kristallnacht (“The Night of Broken Glass”); by showcasing Julian’s work, PresenTense honors this anniversary and celebrate the vitality of a new generation of Jewish arts and expression.
The new issue of the magazine, pictured above right, features many articles that were written in response to this summer’s conflict in Lebanon, as well as international perspectives on the issue of Jewish community and identity. Some of these international connections owe a great debt to this summer’s ROI 120 conference, which brought young Jewish innovators to Israel for a meeting of the committed Jewish minds and sparking a global inquiry into defining Jewish identity in today’s world.
Magazines will be available on-site for purchase (recommended magazine donation $5). For more information, please see www.presentense.org