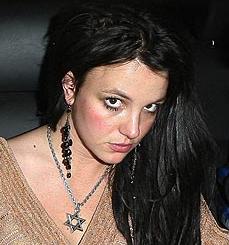 In his newest pop culture article in the NY Jewish Week, Liel Liebovitz identifies several characters in prime time who have invoked Jewish images and ideas, without them being Jewish themselves. He proposes we call it “the Madonnafication of television”:

Like the diva’s much-covered foray into Jewish mysticism, a step that propelled everyone from Britney Spears [who is now wearing a Magen David–EDK] to Demi Moore to tie a slim red bracelet around his or her wrist, pop culture is showing signs of embracing Judaism’s hip value. Which does not necessarily mean embracing Jews. Real Jewish characters are still scarce on either the big or the small screen, at least as fully-fleshed, well-rounded protagonists vocal about their identity. But the accoutrements of being Jewish â€” the accessories, the rituals, the visuals â€” those are hot commodities.

Liebovitz asks Salon writer David Marchese, who has written extensively about Jews and pop culture, about why this is true, and why now. The answer to those questions respectively, says Marchese, is â€œJewish culture is seen as urban culture,” and “hatred of Jews.” So we’re back at one of my favorite topics: Jews in Hollywood acknowledging and then, almost in the same figurative breath, deriding their heritage.

â€œIt’s easy to argue that anti-Semitism is at a higher level nowadays,â€ [Marchese] said, â€œand maybe [the surge of Jewish symbols in pop culture] is a subconscious reaction to that. There is no better way to show forward-thinking, open-mindedness and ease than to show a non-Jewish character wearing Jewish emblems. That says more about a character than if they were just wearing a cross around their necks, which is mundane.â€

I’m not sure the presence of religious iconography, in as specific a dramatic medium as television, is mundane. (What about Scully’s cross, indicating a faith that defied the very reason by which she lived her life?) What I do think it is, is funny. Not always in a ha-ha way, but in a quirky humor-type way. (Quick quiz: Who’s funnier? Christians or Jews?)

How many TV characters use “oy vey” when they encounter a difficult situation? And then there are the obscure references that make their way into a show like “House.” One paraphrased exchange from Season 2, while administrator Cuddy (Lisa Edelstein, a Jew playing a Jew! Alert the media!) is pondering which numbered sperm donor to choose, announces she’s leaning toward 613. Hah, that’s funny, I think. Like the number of mitzvot in the Torah. Now, I’m pretty sure I can’t communicate with characters inside the TV. And yet, here’s the next line of dialogue: “Sure,” Dr. House grunts. “Choose the Jewish number.”

That’s not a dreidel. That’s not shiva. That’s not a magen David around Britney’s neck. That’s a pretty obscure reference. How many people outside the Jewishly educated or Orthodox circles could hear the number 613–without any type of Jewish context–and immediately identify it as a Jewish number? It’s unexpected. Which makes it funny.

Is the appropriation of Jewish symbols, icons and phraseology a sign of anti-Semitism? Self-hatred? Assimilation? Or is it a move toward sharing some of our cultural cadences with the world, education couched in a soothing and non-threatening blanket of entertainment? I’m not sure. But it’s fascinating.