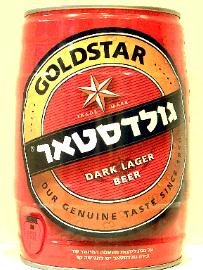 There’s a bit of confusion in the comments to Michael’s post over what, if anything, is wrong with Birthright. Many commentors suggest that there’s some kind of rift between those who want to drink and have fun and those more geeky types who want a spiritual, educational, guidance-counselor-approved experience. As I see it, that’s not it at all. I’ve been some geeky places, and from Stuyvesant High School to the University of Chicago to doctoral programs, barring religious objection, people drink. Not Momo’s “drink, don’t get drunk,” but, you know, to get drunk. That’s life. Certainly among those 18 and over, the divide between “good” kids and “party” kids hardly exists. College has a way of making sure even the most nerdy kids get a bit debauched. And that’s generally for the best. I, for one, was relieved that Birthright permitted discussion of Theodor Herzl as well as some opportunities to enjoy the beer, but not just beer, but brands of beer that only exist because of his vision. Would there be Goldstar or Maccabee without Herzl? Not a chance.

The problem with many Birthright participants’ behavior is frattish idiocy, which sometimes includes seeing the trip as primarily about drinking (as in, being in Israel only because you can drink under 21 and in public), but also plenty of behavior that has nothing to do with alcohol, such as dressing boringly and identically and burping aggressively, even when sober. To quote the estimable Cher Horowitz, “It is one thing to spark up a doobie and get laced at parties, but it is quite another to be fried all day.” The message is as follows: despite what Woody Allen and Allen Bloom would have you believe, Jews are not, by and large, more intelligent or intellectual than everyone else. Without ghetto insularity enhanced by anti-Semitism, we’re a normal nation (in Israel) or a bunch of loud, obnoxious frat types (ahem, in America). That, and Asians are the new Jews. Really, we’re nothing special these days. It’s for the best, it means we’ve made it.

The problem with the Birthright form of debauchery, then, is that, due to the oh-so-safe, keep everyone from meeting anyone outside the bus attitude of the trips, the club nights end up being frat parties transferred to Israel. Again, this is not an issue of those who party versus those who’d rather drink Sprite and discuss Star Trek. I’m sure many Birthright participants would find it both fun and educational to, say, go to an actual bar where some of the other people were actual Israelis with no affiliation with Birthright whatsoever.