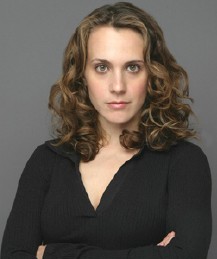 Jewcy is featuring a series of back and forth letters dealing with family and sex, between former New York magazine sex columnist Amy Sohn and Kosher Sex author, TV host, former Chabad shaliach and rabbi to the stars Rabbi Shmuley Boteach. The most remarkable thing about Sohn, now a mother and resident of Park Slope, Brooklyn (and all that that entails) is that she actually makes Rabbi Boteach make sense.

She starts her correspondence inauspiciously by stating that she feels “a mix of contempt, curiosity, and envy” about “your people.” This being the Passover season, her words were reflective of the words spoken by the evil son in the Seder who asks, basically, “What’s with you people and this cult of yours?” Both Sohn and the evil son are Jewish yet both isolate themselves from the Jewish people. The evil son, had he been in Egypt, would not have been redeemed whereas Sohn seems to be condemned to a sour-ball existence in Park Slope, eating saturation levels of Ben and Jerry’s ice cream and getting all her affection and intimacy from her child while her husband surfs the ‘net for porn (not that that is actually the case, it’s only implied).

Nope. No redemption there.

And if only that was it, we could move on. But no. Sohn seems to be all over the place whereas Boteach may be a little contentious but at least he’s consistent. It’s the frum rockstar Rabbi vs. the un-frum sex writer. Sohn paint a picture of never ending dysfunctional sexuality in her world while Boteach talks about ideals that value intimacy and respect. Check it out! These letters are fun and thought provoking and I may have even been too harsh on Sohn. I was certainly a bit hasty dismissing Jewcy. Heck, we even have Beth Gottfried writing for us so they must be doing something right!

I am also throwing in this video by Alanis Morisette. It’s a cover of Fergie and the Black Eyed Peas “My Humps” and is as damning indictment of MTV culture as has ever been produced. This demonstrates that one need not be an Orthodox Rabbi to be disdainful of some of the more banal manifestations of pervasive secular culture. Enjoy. Think.