I think I know I mean a “Yes” but it’s all wrong, that is I think I disagree 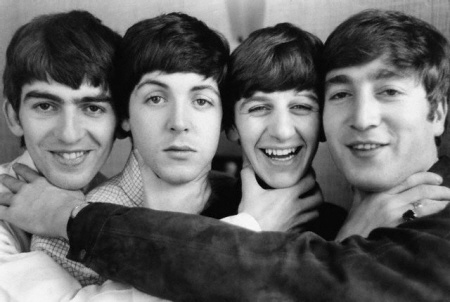 Israel ‘apologized’ for a rather odd 43 year old standing ban on the Beatles with a belated invitation to play in Israel. The Beatles were slated to play in 1965 but were banned on the similar grounds to those for which Socrates was executed: youth corruption. Muffti wonders whether it was ‘yesterday’ or ‘help’ that got officials most hot and bothered.

The ban is off but Muffti is afraid the band’s best years may be behind them. Perhaps they should reach out to Led Zeppelin who seem to be back in action. Thanks to CNN for an entertaining story.

More than 40 years after it barred the iconic British band from playing there, Israel said it wants the surviving members of the Beatles to participate in a concert celebrating the country’s 60th birthday.

But the Israeli embassy in London denied a report that the Jewish state had apologized for its original refusal to let the Beatles perform in the country. The band had been booked to appear in 1965, but the government refused to grant the necessary permits on the ground that its music might corrupt the country’s morals.

“Israel missed a chance to learn from the most influential musicians of the decade, and the Beatles missed an opportunity to reach out to one of the most passionate audiences in the world,” Israeli ambassador Ron Prosor said in a letter addressed to Sir Paul McCartney. “On our 60th anniversary, we would like to take the opportunity to offer you a second chance to play in Israel.”

The embassy said a letter was presented by Prosor to Jerry Goldman, CEO of the Beatles Story in the north England city of Liverpool. It was also sent to Sir Paul McCartney and Richard Starkey, better known as Ringo Starr.