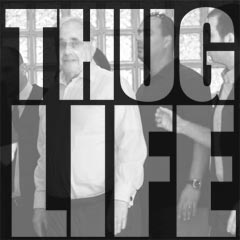 You guys remember Morris Talansky, right? He’s at the center of the Prime Minister Olmert corruption scandal. Talansky told Israeli investigators that he had provided Olmert with envelopes full of cash in the 90s when Olmert was Mayor of Jerusalem. Talansky, a 75 year old Rabbi, philanthropist and financier who lives in Long Island has been painted thus far as a kind of naive, well meaning guy – providing Olmert with cash because Olmert asked for it that way, assuming it was for reelection purposes and having no clue that such transactions might be illegal.

However, a new aspect of Talansky’s personality has emerged – New York Magazine has unearthed a transcript of a tape that alleges that Talansky can indeed be quite the bad ass. The discussion centers on a deal for a building in Pittsburgh that went bad and alleges that Talansky threatened to bomb someone’s car and had “goons” in his employ that you might want to stay away from. If you know what I mean. Supplementing the allegations on the tape were other incidents where Talansky allegedly assaulted his dentist over a billing issue and another alleged incident where a man called “Rocco” threatened and harassed a former business associate of Talansky’s over a $300,000 debt.

These are all allegations of course and Talansky has a sterling reputation in his community but this does bolster Olmert’s lawyers’ assertions that Talansky is “an aggressive, threatening businessman” with a reputation as a bully and not “a naÃ¯ve lover of Israel taken advantage of by a cunning politician” as he has sought to portray himself. Talansky is set to be cross examined this week in Jerusalem. Stay tuned for further details!

Yes. I used the words “alleged” and “allegedly” a lot here. So sue me. Or rather, don’t.