Philanthropy as a Rite of Passage 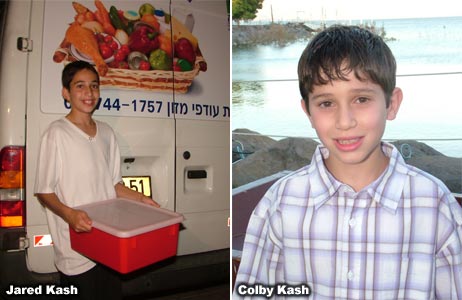 Meet brothers Jared and Colby Kash. A while back, to celebrate his Bar Mitzvah, Jared decided to bicycle 36 miles. He got folks to sponsor his ride and was able to raise enough money to buy a refrigerated truck for Table To Table. We’ve written about Table to Table before – suffice it to say that they specialize in recuperating perfectly good food that would otherwise go bad and redistribute it to those who need it. Anyhow, Jared set the standard and when it came time for brother Colby’s Bar Mitzvah, he did not shy away from the challenge.

Colby decided to do 1000 push ups. The money raised through his sponsors allowed him to then donate 1000 Soccer (or fÃ¹tbÃ¶l for those of you in Europe) balls to US troops serving in Iraq and 350 balls to Ethiopian kids in Israel. Last week, I had the privilege to accompany Colby’s Dad to an absorption center just outside Jerusalem where some of those Soccer (fÃ¹tbÃ¶l) balls were put into the eager hands of cute little Ethiopian kids. And while I goofed around with them – yes, I also wore a fÃ¹tbÃ¶l on my head, I also managed to take some pics: 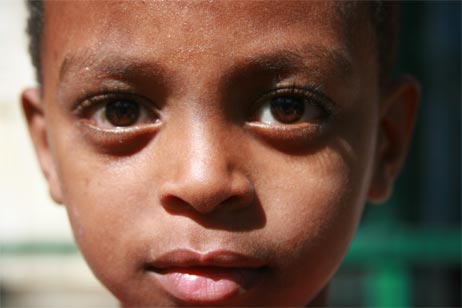 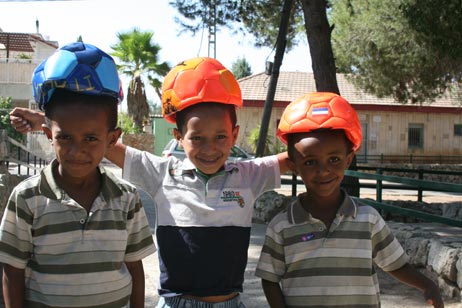 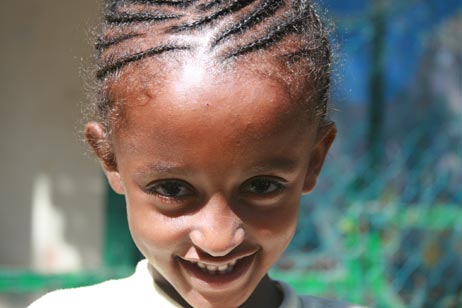 These kids are recent olim from the Ethiopian Falash Murah. The absorption center I visited, in Mevasseret, is the largest one in Israel dealing exclusively with the specific needs of Ethiopian olim. Of the 1300 residents here, over 50% are kids under 18. Today, they were quite happy.

Thanks Jared and thanks Colby for setting a great example to your siblings and your peers. I know your Dad Peter, who has a none too shabby record in Philanthropy himself, couldn’t stop gushing about you to the kids who were mightily impressed by the whole 1000 push ups thing. I was privileged to have witnessed this. And I had fun too. Yay!