With Dreams of Halvah and Hummus in His Head

This past Summer, I had the opportunity to attend the Fancy Food and Confectionary Shows in NYC. It is an annual event for the trade, meaning food brokers, grocery stores, gourmet shops, institutions, catalogs, and others. On display are high end and unique foods that are available for sale, private labeling, or importing. In year’s past, I have attended to write about kosher foods, or to browse around with cousins involved in the food trade. One year, a cousin fell into a sugar-stupor after sampling too many candies.

So what was exciting (other than so, so many versions of waters and teas and vitamin infused bio-enhanced herbal drinks)? And what did I find exciting for the new Jewish year?

Well, my favorite part of the show was the private labeling opportunities. All you need is an idea, a label, and some buyers and you can brand so many of the products. A Jewlicious jam anyone? An interesting new canned fruit from the deserts of Chile was the Carica. I wonder if it can be grown in the Negev?

The OSEM booth, a Petach-Tikva based part of Nestle, was touting boxes of Israeli style Couscous. I must admit, I found Israeli style couscous more pleasant than the other styles offered. I did not get a chance to sample their â€œHaimische Farfel,â€ but I did get to sample their line of Ora’s Organic tea blends from the Galilee

SABRA garnered some attention by sculpting busts of Obama and McCain in hummus, which was slowly melting. New for 2008 is Hummus Pepedew, a South African melon and red pepper flavored dip and spread. Sabra.com is a joint venture of Israel’s Strauss and Pepsico. 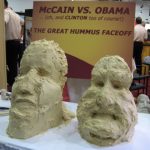 Obama and McCain in Hummus

KEDEM, known to most for wine and juice, touted a POMEGRAPE juice of pomegranate and grapes, as well as the Beigel Beigel Nish Nosh line of Israeli snacks, which were featured on Rachael Ray’s television show.

LINDA’S GOURMET LATKES (Lindasgourmetlatkas.com) of Los Angeles were ironically not kosher, although a kosher version can be special ordered. HALUTZA Israeli Olive Oil (Halutza.com), crowned Israel’s Best Olive Oil, was at the show and attempting to enter the premium oil and olives market. It tasted so good, I wanted to fly to Israel to visit their orchards and pressing system.

Not to be outdone, the Israel Sheepbreeders Association had a booth for its Pastures of Eden brand of cheese. A product of 65 farms in Israel, their cheeses have been sold at Trader Joe’s for nearly a decade ( honakdim.pro.co.il )

MARBLEPOP, a Japanese beverage was my favorite lawsuit waiting to happen. To open the soda, the drinker hits the bottle top and releases a marble into the soda, which causes it to fiz. The empty bottle becomes a collector’s item, but I just feel that in litigious America, more so than in Japan, someone is going to break the bottle, swallow the marble, and sue.

Just in time for Rosh Hashana, my favorite product was ZAMBEZI HONEY, (zambezihoney.com) a fairly traded organic honey product from Zambia with a kosher certification. Keith and Jenny Gelber, two Peace Corps volunteers, met in Zambia, married, and founded this honey import business to provide income to 5,000 farmers and conserve the forest. 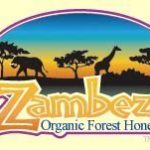 Finally, my most surprising find was the halvah made by El Rashidi el Mizan, (elRashidi.com) an Egyptian firm based in â€œ6th of October Cityâ€ in Giza. Not only was it certified kosher by O-U, but it was by far the best tasting halvah I have ever eaten. 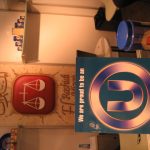