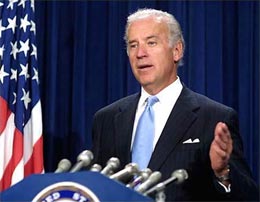 Muffti wonders if he’ll take a plane or train! The number of famous politicians addressing the crowd is huge (see the bolded part below) and sure to fuel yet more speculation, publication and accusations about ‘the Lobby’ controlling America’s foreign policy. Muffti thinks, naturally, that this is ridiculous but while Israel is an important ally worthy of aid and consideration, it’s a bit creepy (n’est pas?) that it draws more members of congress than ANY event other than a joint session or state of the union. (Is one of our more sensitive readers/posters going to claim that Politico is anti-Semitic for this claim?) It leads Muffti to wonder if such displays are actually all that wise. In any case, according to

The announcement that Biden will speak Monday morning comes a day after a victory for the group and the pro-Israel community; the Justice Department decided to drop charges of mishandling classified information against two former AIPAC staffers.

The conference, a chance for AIPAC to flex its unmatched Beltway muscle, is expected draw 6,500 people, and a phalanx of top officials of both parties. Other speakers include Senate Foreign Relations Committee Chairman John Kerry, Newt Gingrich and Los Angeles Mayor Antonio Villaraigosa, as well as congressional leaders Steny Hoyer, Dick Durbin, Eric Cantor, and Jon Kyl. The event typically draws more members of Congress than any outside a joint session or State of the Union.

Israeli Prime Minister Benjamin Netanyahu will also be addressing the group, live via satellite from Jerusalem, getting up at 3:00 a.m. local time to do it. Rep. Jane Harman, who was investigated in connection with the dropped case against AIPAC staffers, will also be speaking.