Hebrew Names. Or, dreaming of Vardit. 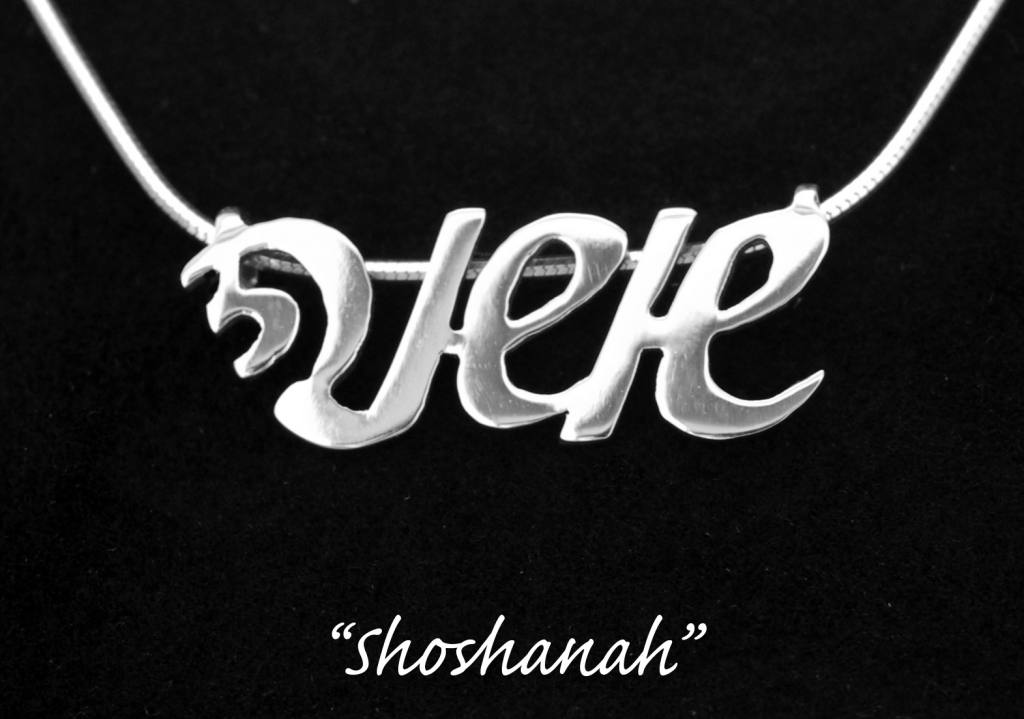 A Hebrew name I would've been happy to get.

I recently read an article in Tablet, a great new Jewish web magazine, on “cool” new Hebrew names to give your kids. Because now, apparently, Jacob and Hannah are overrated.Â  This made me think back to the time I got my Hebrew name.Â Â  It’s a sordid tale, so you might want to snack on some humus, Jacob and Hannah, as you read.

A lot of people I know were born with Hebrew names.Â  On every organized trip to Israel I’ve been on, rollcall has often been full of Hannahs, Esthers, and Michaels.Â  And maybe an Avi or two.Â  But because I was born in the extremely anti-Semitic Soviet Union and my parents didn’t want me to catch an asskicking every now and again, not to mention that my dad isn’t Jewish, they decided on a non-Hebrew name for me, Victoria.Â  You can see that drama unfold here.

When I was 17 and went on a March of the Living trip to Poland and Israel, for the first time in my life, I really started feeling Jewish.Â  I asked a bunch of questions of the kids on my trip who had grown up in Jewish homes, an experience I had never had. Â Â  There was one person on my trip that I pestered the most, a woman in her 50s or 60s, with grandchildren a little younger than me, Susan.Â  Susan was a typical New York Jew, and for me, real blessing because she understood the Russian kids on the trip all too well.Â  She knew we were brought up to sneer on any kind of events with religious overtones, to eat pork, and were in ignorance of 90% of Jewish traditions. 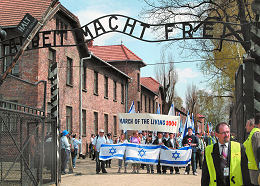 Believe it or not, I went to Auschwitz to get over a bad breakup. That I did. Also cried every day in Poland.Â Oh, what a trip.

It wasn’t our fault, or our parents’ fault.Â  It’s just what Russian Jews did to survive the Soviet Union.Â  With patience, she explained to me what Shabbat was and why we celebrated it when I expressed my complete unwillingness at having to visit a synagogue for services in Poland.Â  She showed me how to wash my hands before a meal when I shied away in terror from a ritual all the other kids were performing with knowledge.Â  And she answered my constant questions about the subject I was most interested in, Hebrew.

“So, how do you say, ‘I love Israel?’ “Â  “Well, it depends on if it’s a masculine or feminine I.Â  I would say, “Ani, Shoshana, ohevet et Israel.”Â  I asked her why she pointed to herself as Shoshana.Â  “It’s my Hebrew name,” she said.

My curiosity in Hebrew names was piqued.Â  It also helped that there were at least ten Russian kids on our bus, Hebrew name-less.Â  In addition to me, there were also the likes of Svetlana, Irina, Igor, and Kirill (probably the most ironically named of all, because Kirill is Russian for St. Cyril) .Â Â  Susan and our Russian shaliach decided it would be a great opportunity to give us all Hebrew names on our first time in Israel, seeing how attached we were getting to being Jewish.Â  That was the good part.

This is how really white kids learn Hebrew

The bad part was that none of us really knew Hebrew at a level well enough to understand the name we were receiving.Â  I thumbed through the Hebrew name book (in Hebrew, of course,) with the shaliach.Â  “You know that receiving a new name changes the direction of your life,” he said casually.Â  He would know.Â  He’d made aliyah when he was sixteen and changed his Russian name to a Hebrew one a year later.Â  I looked at the foreign letters with trepidation.Â  What if I messed up and chose the wrong one? Would that mean I would be banished to the West Bank, or worse, Dimona?

“What’s the name that’s closest to Victoria or Victory in Hebrew,” I asked him.

“Probably Nitzana.Â  But you don’t want that name.Â  It doesn’t sound nice.”Â  And of course, it didn’t to me.Â  I listened to whatever he told me.

He kept thumbing, no doubt past many desirable choices like Raheli or Goldameirit. “Vered,” he said. “It’s close-sounding to your name. What do you think about that?”

I thought it sounded pretty awesome.Â  I didn’t realize that it had the same connotations in Hebrew as Ethel. No offense to anyone named Vered.Â  It’s not like you could have chosen your own name.Â  Unlike some people that are writing this post.

“It sounds pretty cool!Â  What does it mean?”

“I’ll take it,” I said, and was proclaimed Vered the next day on a hill overlooking the Kinneret.Â  It was all very nationalistic.Â  I might have cried.Â  Or maybe those were just Jewllergies.Â  But about a year after I got the name, I started Hebrew classes at my university. And then I got jealous.Â  Some people were Shulamit, or Anat, or Keren. I cursed myself.Â  Why couldn’t I have even chosen Vardit?Â  That would sound at least a little bit cooler. But no, from that day forward, I wasÂ  Vered. It got so bad that, when I did an internship at Bank HaPoalim in Israel and I was being introduced to my coworkers, I said, “Shmi Vered,” and they said, “Shmech WHAT?”Â  And I said, “Shmaybe not.” After that, I was Vicki the whole summer.

Me, Vered-less, in my Poalim office. You can tell it's Israel in the summer because I look like I just came out of a tanning booth. Five times.

I can’t even use my Hebrew name in the Land of Israel.Â  The ultimate Zionist failure.Â  If there are any Vereds out there that are proud of our name, please come forward.Â  Otherwise I will keep dreaming of being Orly or Yael forever.