And a Jewlicious/Heeb Magazine Giveaway!

From September 13, 2009 to February 07, 2010, the Jewish Museum is putting on an exhibit titled Reinventing Ritual: Contemporary Art and Design for Jewish Life. The exhibition is described as a multi-disciplinary survey of “the explosion of new Jewish rituals, art, and objects that has occurred since the mid-1990s. This period is defined by the urge to discover beauty and meaning in first premises–the roots and ruptures–when ritual could be radical. This attitude of innovation is shared by a wide range of artists inclusive of generation, nationality, and religion. Contemporary artists and designers focus on Judaism as a lived experience by transforming the physical acts of ritual into new forms.”

Sounds interesting? It sure is! The list of participating artists is impressive (including Karim Rashid a personal fave) and the concept is intriguing. 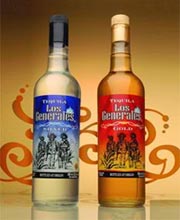 OK. Enough with the artsy fartsy stuff. This post isn’t about expanding your cultural horizons. It’s about shaking your booty and getting your groove on at the very exclusive, very hip opening party sponsored by Heeb Magazine, Los Generales Tequila and featuring music by DJ Rite Sed Jed. The event will take place Monday, Sept. 14 2009 at The Jewish Museum at 1109 5th Ave. at 92nd St. Wanna go? Call 212.423.3267 to find out if you even can OR… send me an email! I’m ck at jewlicious dot com and between right now and Thursday at noon EST I’ll give 3 lucky couples who email me thusly, free passes to the opening. Rub shoulders with fancy shmancy museum people! Lubricate your scintillating conversation with free tequila! Also I have been assured by the folks at Heeb that there will be no jackboots or burnt cookies involved. because that would be wrong. Yup. Very, very wrong!