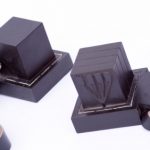 Sadly, the pilot and flight crew on a U.S. Airways Express flight on January 20, 2010 from New York City to Louisville Kentucky were not aware of tefillin, the leather phylacteries that are worn by some Jewish men and women during their morning prayers. When Caleb Leibowitz, 17, wrapped himself with tefillin, crew members became concerned, and it was decided to divert the flight to Philadelphia so that the student could be questioned in greater depth. The Philadelphia police mentioned that these “olfactories” posed no cause for concern, and that these devices, which were connected together were safe. Some chalk this up to a lack of knowledge among some people of Jewish religious practices. I, on the other hand, believe that the jet’s pilot was a student of the Zohar, and knew that the Torah that was contained inside the tefillin was “black fire on white fire,” and therefore the jet needed to be grounded, spiritually, before continuing on to the Blue Grass state. Plus, wasn’t “Caleb” a “spy?” Kudos to the pilot for quick thinking.