The Nominee From Israel

Although figure skaters may be left at home in Israel when The Winter Olympics’ torch is kindled in February, some Israeli filmmakers will get to travel to LA for the Academy Awards telecast in March

AJAMI, an Israeli film, has been conferred a nomination by the Academy for Motion Picture Arts and Sciences, this morning, for Achievement in a Foreign Language Film. It will have strong competition from THE WHITE RIBBON, the nominee from Germany.

I am not saying that an Israeli or Jewish themed film needs a nomination from the Academy for credibility or anything else; it is just a nice to know bit of information. 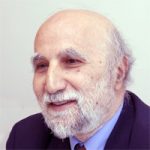 Not to be confused with Fouad Ajami

AJAMI, directed by Scandar Copti and Yaron Shani, tells the story of Israeli Arabs and Jews who reside in Ajami, a rundown neighborhood in Yafo/Jaffa. Most of the dialogue is in Arabic. It is their first film and makes use of non-professional actors.

Other nominees of JewLicious reader interest include:

Nominations for A SERIOUS MAN, written and directed by Joel and Ethan Coen. It is the story, which starts in Yiddish, of an untenured Jewish Assistant Professor of Physics in the American Midwest who visits three rabbis in search of advice to save his marriage and family. It is slightly based on the biblical Book of Job, with a reference to Kind David in a roof scene.

Several nominations for INGLOURIOUS BASTERDS, produced by Lawrence Bender and written and directed Quentin Tarantino. It is the fantasy story of Jewish soldiers who are led on a rampage against Nazis in Europe during WWII, as well as a French Jewish woman who runs a film theater in Paris.

Jason and Ivan Reitman with several nominations for UP IN THE AIR, which starred George Clooney, Vera Farmiga and Anna Kendrick. Jason Reitman was last seen as the director of JUNO, in which close observers could find a dozen Jewish items in one of the character’s bedrooms.

Nominations for AN EDUCATION, written or adapted by Nick Hornby, which stars a grotesque Jewish character in its lead role. Also, three nominations for THE HURT LOCKER, which was written by Mark Boal.