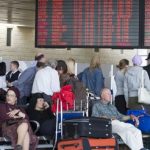 As an Icelandic volcano spewed ash and closed European airports, many travelers were stranded at Israel’s Ben Gurion airport. It is unknown whether the Jewish, Israeli born First Lady of Iceland had anything to do with the volcano’s eruption. It is known, though, that passengers were upset and frustrated, and even more so when they learned that the airport did not serve sandwiches like the ones profiled in Wednesday’s New York Times.

Julia Moskin wrote a piece on delis in The NYT that was heavily emailed worldwide, and alerted New Yorkers to the little known location of a Montreal style smoked meat and bagel shop in neo-hipster Brooklyn.

Titled ‘Can the Jewish Deli Be Reformed?’, the story visited delis in NC, Berkeley, Toronto, Oregon, and even Brooklyn (Mile End, named for the taste of Montreal), and asked how they have replaced the salami.

Click here to see the nytimes slideshow of pictures from new style delis in Brooklyn, Portland, and points elsewhere.

Speaking of indigestion, the polling company, McLaughlin and Associates, publicized a recent poll of their’s this week which reported that only 42% of the 600 American Jewish voters surveyed responded that they would re-elect President Obama. (Oh, did I mention the McLaughlin and Fabmac are known as Republican polling firms, and have worked for the Republican National Committee, Republican and Conservative candidates, and the Likud Party of Israel.) 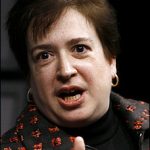 The polling company did not ask those 600 Jewish registered voters what they thought about Obama’s nomination of Goodwin Liu for a seat on a San Francisco-based 9th U.S. Circuit Court of Appeals. Liu is a University of California, Berkeley, law professor. Nor did they ask for any opinions on whether the Obama administration should nominate Solicitor General Elena Kagan for the soon to be open seat on the U.S. Supreme Court (SCOTUS). Would two Jewish female justices and SCJILF’s be too much for America to handle?

Need a surplus rocket? Brigadier-General Maharn Prosenfer, the IDF CFA (chief financial adviser) has led the development of an eBay-like auction sales site for IDF surplus. Units and bases can trade among themselves and then use their revenues to make spam sushi, I guess. The site is accessible only on the internal IDF computer network. (Actually weaponry cannot be sold, but to some, surplus paper towels can be a weapon.)

Speaking of paper towels, Hollywood Life reports that Jill Zarin, the “Real Housewives” reality show participant and home treatments / interior decorating retailer has penned a book on how to be a Jewish Mother. I never saw the show, but was once in the store. And although I have a copy of book, I haven’t opened it yet.

The economics of Jewish news might be hurting. Baltimore Jewish Times’ parent Alter Communications filed for bankruptcy protection this week.

Speaking of protection, Christianity Today magazine reported this week that a Chicago judge ruled Tuesday that Joseph Reyes may take his 3-year-old daughter to Mass during his visitation time, despite the objection of his estranged wife Rebecca Reyes, who is raising their child Jewish. As you may recall, Joseph was barred from exposing his daughter to “non-Jewish activity” in 2009, after baptizing the girl without first informing his ex-wife, who has sole custody of the child. Joseph challenged the ban in court and then took the girl to church with television cameras recording the event. Joseph may now have visitation with the minor female child on Christmas and Easter, while Rebecca will always have her on Rosh Hashanah, Yom Kippur and Passover. No mention was made as what happens is Christmas occurs during Hanukkah or who has the child on Tu b’Shvat.

Did you hear about the Jewish sex ed program in Texas? The Houston Chronicle reports that a rabbi has developed a novel sex ed program based on five Jewish values. Rabbi Amy Weiss created “There’s Only 1U” which combines core Jewish values with comprehensive sex education. In the USA, Harris County (TX) ranks sixth for chlamydia, fifth for syphilis, and fourth for gonorrhea. (One wishes that their schools ranked so well.) More than half of these STDs occur in humans under the age of 24, with some cases occuring in children under 14. The overnight program focuses on five Jewish values: truth (emet), not embarrassing (lo levayesh), courage of the heart (ometz lev), taking care of your body (shmirat haguf), and honoring one another (ohev zeh et zeh). The program also incorporates clips from “South Park’s” sex education episode. 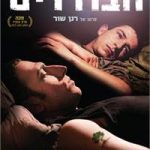 And on the subject of sex, if you are in Toronto this weekend, be sure to visit the 18th annual Toronto Jewish Film Festival. Click here for their schedule. Not to be missed as AJAMI, documentaries on RUTH GRUBER and AMOS OZ, EYES WIDE OPEN (EINAYIM PHUHOT), SIPUR GADOL, THE LONERS, and so many other powerful films.