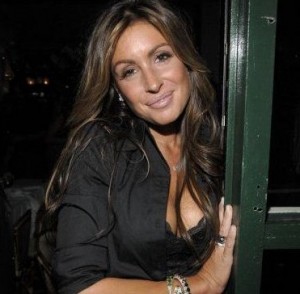 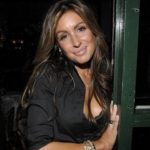 As Erev Shavuot arrives, word from Los Angeles and the LA Jewish Journal is that one of Tiger Woods’ former mistresses, the Jewish one, will pose partially nude or naked for Playboy magazine. Rachel Uchitel, perhaps known of Roochel at her Bat Mitzvah, is the granddaughter of the late Patricia Pollack and Maurice Uchitel, who owned Manhattan’s El Morocco nightclub from 1964 to 1970, and, prior to that, owned Voisin, a restaurant, and the Eden Roc Hotel in Miami Beach. We are awaiting word on whether this deal with Playboy, which is not yet completely finalized, is related to Shavuot and the Song of Songs. Perhaps she will use the proceeds to re-open the El Morocco? As of this posting, it is not known if the Shir-Ha-Shirim, lines 5 and 6, had anything to do with her decisions (“5. I am Shchory, but comely, O daughters of Yerushalayim, as the tents of Kedar, as the curtains of Solomon. 6. Look not upon me, that I am dark/swarthy, that the sun hath tanned me; my mother’s sons were incensed against me, they made me keeper of the vineyards; but mine own vineyard have I not kept.”)

Speaking of kept vineyards, mazel tov-ish to Jewlicious.com for being highlighted in a story in today’s New York Times, which profiles the new ad campaign by the Jewish Federations of North America. According to the story, the #ISH campaign was created and will be operated for nearly $300K with they aid of Taxi New York a Canadian-ish ad agency. Rich Muhlstock, their client services director, and the most Jewish looking leader at the Taxi New York office (come on, admit it, he looks like a kn-ish in a black shirt), said the campaign is an attempt communicate with young-ish Jews who have not yet been active in the organized’ish Jewish community. Derek Shevel, their creative director added that the campaign was designed to let the members of the target audience control it, even if it gets provocative-ish. Okay, I have to take a p’ish, so I am signing off. TTYLater-ish