No seriously, Lady Gaga is NOT a Jewish Agent of the Illuminati 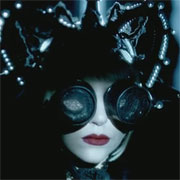 Can you hear the drums Alejandro? 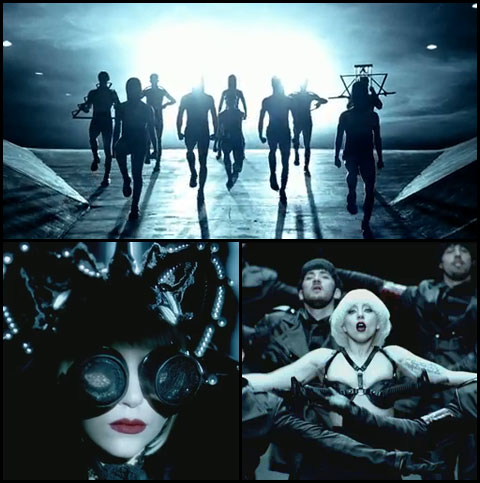 Fascist uniforms, sexy nuns, gay fetish wear, sex, steampunk, Evita, sex, deep throat rosaries – the above are video stills from Lady Gaga’s latest video, “Alejandro.” In it Gaga doesn’t just channel Madonna, but as VideoGum wrote, this video is “…basically Lady Gaga just straight up MURDERING Madonna.” OK, I get it. Pop culture eats itself in an endless process of reinvention, blah, blah, blah. The thing is, the crazies already think Lady Gaga is a Jewish agent of the Illuminati hell bent on mass mind control and world domination. Now with this new video, which begins with a parade of sorts where these ominous looking, scantily clad men march while carrying what looks like a star of David and a pyramid (a notorious freemason symbol! Holy secret societies Batman!), the crazies are going to have a field day. So, please, let me assure you, whatever she had in mind putting this video together, I promise it has nothing to do with Jewish world domination and mind control. If it did, the Elders would totally have told me. Really.

Ahhhh… go watch the video after the bump.