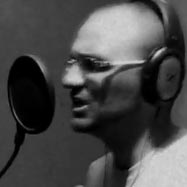 Shi360, one of Israel’s most popular rappers, a perennial performer at Taglit Birthright Israel Mega-Events, and a member of rapper Subliminal’s Tact family put out this video in response to the international outrage at Israel’s handling of the last Gaza flotilla. Included in the video is footage of the boarding party getting attacked, footage of Helen Thomas telling Jews in Israel to go home and that kid in LA with balls. The video, co-written with Guy “Ruff” Gabriel and mixed/mastered by Avishay “Evish” Sapir is certainly heartfelt and the message is reminiscent of Subliminal’s early stuff where he declares that “I have no other state.” So why does it leave me slightly uncomfortable? I mean I don’t disagree with anything in the video – the message is spot on. Is the vid too propagandistic? Is it propaganda when it’s true?