Is the ADL on crack? 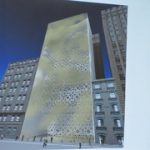 Just my opinion…, but is the ADL on crack?

Has their recent press release that opposes the building of an Islamic Center in downtown Manhattan undermined decades of good works?

The ADL, which has fought bigotry and worked for diversity in America and internationally, weighed in this week on the planed construction of a mosque and Islamic community center near (how near is near?) the former World Trade Center site in downtown Manhattan. Their press release starts out fine, saying,

We regard freedom of religion as a cornerstone of the American democracy, and that freedom must include the right of all Americans â€“ Christian, Jewish, Muslim, and other faiths â€“ to build community centers and houses of worship. We categorically reject appeals to bigotry on the basis of religion, and condemn those whose opposition to this proposed Islamic Center is a manifestation of such bigotry

And then WHAM … the ADL continues, because of pain and the healing process, and unique circumstances, they “believe the City of New York would be better served if an alternative location could be found.”

Proponents of the Islamic Center may have every right to build at this site, and may even have chosen the site to send a positive message about Islam. The bigotry some have expressed in attacking them is unfair, and wrong. But ultimately this is not a question of rights, but a question of what is right. In our judgment, building an Islamic Center in the shadow of the World Trade Center will cause some victims more pain â€“ unnecessarily â€“ and that is not right.

Really? REALLY? So, perceived pain trumps equal rights? I really will have to remember that the next time a group tries to build a Jewish institution in an area that is still healing, or if “white interlopers” (a Rev. Al Sharpton term) attempt to open a story in a currently predominantly non-white area. What happened to all those words about not being at war with “Islam”?

What is that I hear? All those ADL campaigns for understanding and equality being flushed down a toilet. But that is just my opinion…