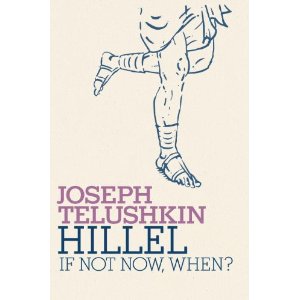 Where there is no mensch, be a mensch

As reported earlier (see below) on Jewlicious.com, the New Jersey Jewish Standard newspaper published the upcoming marriage of two young Jewish men in the Celebration and Simchas section. The men, one of whom is the son of a leader of a local Jewish day school, met at Camp Ramah and work in the field of non profits and Jewish education. While the national media reported on recent gay suicides, and arrests for bullying and beatings of gays, the NJ Jewish Standard apologized for publishing the item, and causing pain to those of its readers who find homosexuality and gay marriage offensive.

Pages of letters were then published on their site from readers, NJ rabbinical leaders, individual rabbis, and other local leaders decrying the paper’s apology. One blogger asked why the paper accepted ads from non kosher restaurants, reports on events that desecrate the traditional Shabbat, and celebrates the simchas of children who may not be halachicly Jewish in the eyes of some readers, but yet it found it necessary to apologize for celebrating two Jewish, committed men. On the West Coast, in contrast, the Jewish Bulletin published their commitment to fight hatred and bigotry. See the pledge HERE. 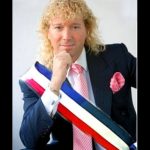 Farkas: Farfel in Every Pot

A story that was widely reported in Chile, but not so much in North America, was the donation of funds to the families of the then trapped Chilean miners by Leonardo Farkas (Klein). Farkas, the Obama of Chile, who once traveled through North America playing piano before taking over his famiglia’s business enterprises, is one of Chile’s wealthiest businessmen; he is a friend to both Chilean miners and minors, and was once expected to run for the country’s presidency.

Quick, the hamburger chain in France that is trying to complete with the ubiquitous McDonalds chain, has been selling HALAL certified beef hamburgers in 22 of its 367 locations. Muslim teens can now order burgers with their friends and not be ostracized when eating the fish sandwich. This has led to a backlash and some legal suits against Quick. Authorities in Lille and Roubaix have criticized and investigated the chain for hurting France’s Christian traditions.

Speaking of food traditions, the SF Jewish Bulletin profiled a recent BATTLE JEW-TALIAN that pitted a Jewish chef and an Italian American chef in a cookoff.

Tasty Books making news this week include four that are of JewLicious interest. In the UK, Manchester-born author Howard Jacobson, 68, won the prestigious, literary Man Booker Prize for â€œThe Finkler Question,â€ a novel about a friendship between a radio producer and a philosopher. Jacobson is known for two other books, â€œWho’s Sorry Now?â€ and â€œKalooki Nights.â€ At the awards ceremony, he read a speech that he had prepared 27 years ago. The Guardian plans to ask, this weekend, why Jacobson is the only person writing funny Jewish novels in England these days. In the USA, Avner Cohen has published a follow-up to an earlier book on Israel and Dimona. In The Worst-Kept Secret: Israel’s Bargain with the Bomb, Cohen writes that Israel is right to have an arsenal of bombs, but he feels the country should make it public and join international non proliferation groups.

Speaking of bombs (I jest), Philip Roth’s newest novel is, Nemesis, the story of the Jewish community of Newark during WW2, when most men were in the armed services, and young semi-orphaned Bucky Cantor is 4F and trying to fight his own battle against neighborhood toughies and polio. But my fave book so far this month has been, Rabbi Joseph Telushkin’s Hillel: If Not Now, When?, on the life of Rabbi Hillel (who probably passed away 2000 years ago in the 10CE). It should be selected as a community read by the Jewish community. PS: Mazel Tov to Nicole Krauss’ book, Great House, which was just named a finalist for the National Book Award in the USA. 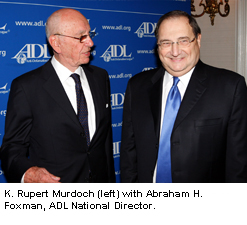 Mazel Tov also to News Corp/Fox/Wall Street Journal Chairman, Rupert Murdoch, who received a prize this week from the ADL and Abe Foxman for international leadership and his stalwart support of Israel and his commitment to promoting respect and speaking out against anti-Semitism. Accepting the award, Murdoch, who has vowed to crush The New York Times. spoke on the soft war against Israel and the bigotry of Leftists. Way to go, ADL.

The Buffalo News reports that Philip Caputo, the campaign manager of NY State gubernatorial candidate Carl Paladino offered to resign from the campaign after Paladino spoke to a small Orthodox Jewish group with a disgusting speech that characterized homosexuality and gays poorly. The speech was partially written by the candidate’s host, Rabbi Yehuda Levin (the same rabbi who endorsed Pat Buchanan). The NYT reported that Rabbi Levin was in the middle of eating a kosher sandwich when his associates came running to him to report that Paladino, whose son recently fired all the gay employees at his upstate restaurant, backtracked on his anti-gay statements. â€˜What?’ the rabbi replied, â€œI almost choked on the kosher salami.â€ 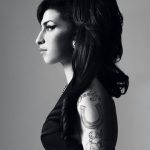