Saints, Scoundrels, and a Pair of Socks

Mazel Tov to Jay Feinberg, 42, who was named the Jewish Community Hero of the Year at the JFNA General Assembly convocation in New Orleans this week. Mr. Feinberg founded the Gift of Life Bone Marrow Foundation in 1991; it helps people register and search for and find potentially life saving bone marrow and other matches. The other finalists were Zvi Gluck, Mordechai Tokarsky, Stephen Kutner, and Dmitriy Salita (no, he did not punch anybody at NOLAGA).

Sadly for every saint, there is sometimes a scoundrel. And I am not talking about the NY Post story on the cantor who is being sued to pay his casino marker. Everybody has debts, even cantors. But I am talking about the story today, just in time for the anniversary of Kristallnacht, on the arrests or charges against seventeen people for allegedly stealing $42 Million from the Conference on Material Claims Against Germany, aka the Holocaust fund. The Office of the federal U.S. Attorney for the Southern District of New York. Attorney Preet Bharara and Janice K. Fedarcyk, the Assistant Director-In-Charge of the New York Office of the U.S. FBI unsealed criminal charges against 17 people who ran a scheme scheme that defrauded programs established to aid survivors of Nazi persecution out of more than $42 million. They allegedly filed over 5,500 fraudulent applications, resulting in payouts to applicants who did not qualify for the programs. In exchange, these insiders kept a portion of the money for themselves and their coconspirators. Even worse, it is alleged to have been an inside job by employees of the Fund. Many of those who received payments and then paid kickbacks were born AFTER WWII. The accused ringleaders are Semen Domnister and Dora Grande.

Also in today’s news is a profile of Rabbi Milton Balkany. The Village Voice in New York writes of his trial. Balkany, 63, stands accused of trying to blackmail an investment firm, SAC Capital, for $4 Million. His attorney, Ben Brafman, say the charge is due to a misunderstanding. Balkany asked Steven Cohen, billionaire hedge-fund manager, to write $4 million in checks to a Brooklyn girls school Balkany has run for 4 decades and to a needy yeshiva. In return for the gift, Balkany would make sure that an imprisoned inmate would not accuse SAC CApital of any wrongdoing.

And just in time for this coming Shabbat, the U.S. Marshall’s will auction off several lots of assets that used to belong to Bernard Madoff and his wife Ruth. Madoff is currently serving the rest of his earthbound life in federal prison. The auction can be found at this hyperlink. And the simulcast on November 13 is here. Among the items to be auctioned are Ruth’s diamond engagement ring with one emerald cut diamond weighing 10.54 carats; a Steinway and Sons grand piano with bench from 1917; and an affordable pair of black velveteen slippers, size 8Â½ (wuold you like to walk a mile in his shoes?). Also for sale are four tote bags that say “Bernard L. Madoff, Investment Securities,” his famous watch collection, many paintings and vases, several leather and alligator belts (38W), and over 145 pairs of men’s shoes (mostly size 9Wide). Oh, and there are several pairs of his new socks. There is no Judaica except for a couple of kosher cookbooks. Other items can be viewed at this site.

Had enough? Me too. Isn’t there a happy story out there that can cleanse my eyes? 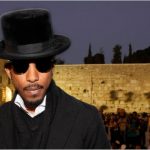 Shyne'ing the light of the Kotel

Oh here is one. The New York Times reports today on an American, Belize-born rapper who moved to Israel and embraced Orthodox Judaism. It is none other than Shyne, now Moses Levi, aka Jamal Barrow, a protege of Sean Combs. Shyne served nearly 9 years in prison for firing a gun in a nightclub in 1999 while partying with J-Lo and Mr. Combs. He grew up in the Flatbush section of Brooklyn and at fifteen, instead of a belated bar mitzvah, he took a bullet. The son of the current Prime MInister of Belize, Mr. Levi studied with rabbis while in prison and is currently continuing his studies in Jerusalem after being deported from the US. I look forward to his next CD.