Will Social Media Save the Jews? 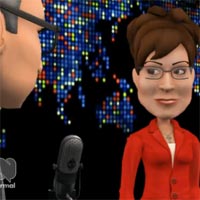 Uhm… no. Probably not.

The Jerusalem Post coverage of the recent GA in New Orleans verily gushed at the conference’s convergence of youth inclusivity and technology when it reported “…over 700 students, of course, meant over 1,400 thumbs eager to communicate with fellow electronic communicators. And so, the scene was set for a semiunderground burst of chatter on Twitter throughout the sessions.”

Florence Broder, who tweets on behalf of the Jewish Agency, wrote in eJewish Philanthropy that “…this was a much younger GA and there was simply a fervent energy in the air. There were 600 Hillel students and more NextGeners than ever. With them they brought their tech savyiness (sic.) which filled a significant void. They were armed with their smart phones, laptops, and more. Additionally, their presence demonstrated that they are interested in sitting at the Jewish communal table along with everyone else.”

Sounds awesome right? So why did Caroline Kessler’s blog post on the GA in the student oriented New Voices Web site sound such a sour note? Titled “It Wasn’t a Conference For Us, But We Were There,” it repeated a litany of complaints about the lack student and young adult involvement in the GA that seemed out of touch with what others had reported. Ariel Beery of Presentense repeated this sentiment in a tweet that stated “Yup – #nolaga seemed to have lots of window dressing but little actual content bridging the generations.” Nathan Gilson, a Fellowship VP at TAMID and a student at University of Michigan tweeted that “Lots of my peers at #NOLAGA (students) had frustrating “Are we spectators or participants” feeling.”

So what actually happened? Well… there were in fact about 4000 GA-related tweets. However, most did not come from students and young adults but rather from professional and organizational twitterers. And yes, the students and Next Gen people I spoke to at the GA did feel sincerely out of sorts but it wasn’t for the Federation’s lack of trying to make them feel included. Many simply came down to New Orleans not knowing what to expect and were thus ill prepared for the experience.

A productive General Assembly experience requires research and preparation. It’s your one opportunity to corner the top leadership of countless important Jewish organizations and engage them in hopefully constructive dialog. It seemed to me that no one told the kinderlach that all the really important stuff at the GA happens in the shmooze. They felt that as “leaders” they ought to have been given more attention because they are the Next Generation that everyone was paying lip service too, right?

Well. No. Not really. The term “leaders” implies the existence of followers and a lot of the youth representation, well scrubbed and eager as it may have been, was not representative of the Jewish student and young adult population at all. Most people in that cohort have no idea what a Federation or a General Assembly is. Most of the students that participated in the GA came from their local Hillels who themselves struggle to engage the bulk of their Jewish student population.

The funniest aspect of all this for me, is the fact that most Jewish students and young adults, even the more tech savvy ones, do not use twitter. Over the past summer, I must have spoken to close to 500 Jewish students. No more than 10 had twitter accounts. Pretty much all of them however were on facebook but since facebook is more of a closed system compared to twitter, no one was able to track status updates discussing the GA – and if you can’t track it then what? It doesn’t exist?

Clearly there is a gaping disconnect between reality and perception here. And on so many different levels as well. Who and what is to blame for this? I think the little video at the top of this post is a good starting point for such a discussion – well one has to hope that there will indeed be a discussion at all – but I guess we’ll see, eh? In the meantime, I am already like, totally stoked for #COLOGA 2011 yo! Woohoo!