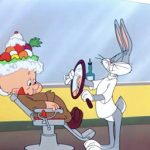 Mississippi Governor Haley Barbour is in Israel this week, a guest of the Republican Jewish Coalition. After nearly two terms as Mississippi’s governor, decades as an influential DC lobbyist, a successful leader of the Republican National Committee, it appears that Mr. Barbour is prepping for a 2012 run for the White House. He is following in the footsteps of Mike Huckabee and Mitt Romney.

The RJC reports that Governor Barbour met with Binyamin Netanyahu, Shimon Peres, Tzipi Livni, and others.

He spoke at the Herzliya Conference, mentioning Iran, praising Israel’s gas, and criticizing U.S. President Obama for his administration’s moratorium on offshore gas drilling after the BP spill. That was his only public criticism, since he does not feel it is proper to criticize America while standing on foreign, albeit holy, soil. Barbour said, “Whatever our religious faith, or lack thereof, all Americans can see Israel as the holy land of democratic faith…. We are committed to a state of Israel that is secure, democratic, prosperous, and Jewish.” Barbour also toured/will tour an offshore gas rig and an electric car plant.

But there is one thing he will not be doing, which I really wish he would. So, RJC, if you are reading this, please consider it. Mississippi is famous for being the poorest state among America’s fifty, and having the highest grocery tax of all the states, but the third-lowest taxes on cigarette sales. When he initially took office, Barbour reduced the state’s budget deficit by cutting health care payments for the poor. The state has the lowest ranked healthcare system in the US; and 23% of Mississippi youth are classified as obese.

I, personally, will be interested in watching a Barbour run for the White House. But instead of visiting a gas rig and car plant, or in addition, I would suggest that Governor Barbour visit a hospital, healthcare fund, and social services agency to see how some Israeli groups fight obesity and provide healthcare to a diverse citizenry. They aren’t perfect either, but maybe some ideas can be gleaned, or an epiphany can occur.