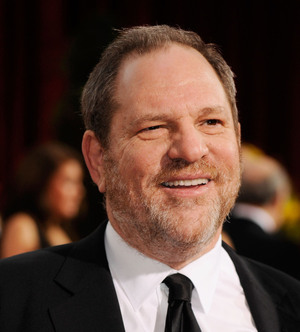 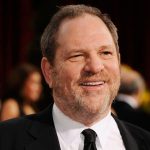 Harvey Weinstein, co-founder of MiraMax and the Weinstein Company, dean of indie films, and the producer for this year’s Oscar winner, “The King’s Speech,” is in trouble with his mother, a member of Hadassah and the “Mir” in Miramax, due to his latest film project. Or, at least that what he told NPR’s Weekend Edition.

Weinstein, who was a big fan of Otto Preminger’s “Exodus,” is the distributor of the controversial film, “Miral” which premiered at the 2010 Venice Film Festival and caused great controversy in Toronto. It opens in the US in late March 2011.

“Miral,” in Weinstein’s view, is the story of the founding of the State of Israel in 1948 from the Palestinian point of view; it doesn’t shy away from showing Israelis as stern toughies.

The drama focuses on orphaned Palestinians growing up in Jerusalem and their succeeding generation. It is based on a novel by Rula Jebreal and directed by Oscar winner, Julian Schnabel. Schnabel, whose mother was President of Hadassah in Brooklyn in 1948, found the story to be poignant and felt he had to be the director to bring the story to world audiences. It also helped that Schanbel embarked on an affair with Rula Jebreal, aided her with the script, and moved her into his palao in Manhattan. Weinstein’s father was peripherally associated with the yishuv’s Haganah in the 1940’s. 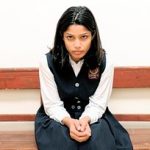 In the novel, Hind Husseini, a young woman from an aristocratic family, came across 55 children being unloaded from an Israeli army truck on April 10, 1948. They are left at the Damascus Gate in the Old City of Jerusalem; they turn out to be child survivors from Deir Yassin, a village that was overrun by Israeli forces in 1948. Husseini takes them in and creates the Dar El-Tiffel orphanage in East Jerusalem for them. In the novel, the lives of several women intertwine. Hind who sells her possessions to build the orphanage; Nadia, who was abused by her stepfather and becomes a belly dancer in Jaffa, is arrested for punching a Jewish woman on an Egged bus; Fatima, who is drawn to terrorism and gets three life sentences for trying to blow up a movie theater (no, it wasn’t showing a Weinstein film); and Nadia’s daughter (with her peace loving Muslim husband, Jamal), Miral, a teenager who lives through the first Intifada (1987-1993). Miral falls for Hani, a PLO activist. Will she choose radicalism or peace? Miral is acted not by an Israeli or Palestinian, but by Freida Pinto, the Indian actress from Slumdog Millionaire. Schnabel’s daughter, Stella, stars in the film as a sympathetic Israeli character.

Rula Jebreal, the author of the novel and co-author of the screenplay, was born in Haifa in 1973 and then lived with her family in East Jerusalem. At the age of five, she was brought to Dar El-Tifel orphanage after the death of her mother. She received a degree in physiotherapy from Bologna University and became a writer and journalist specializing in Arab and Israeli affairs for Il Resto del Carlino, Il Giorno e La Nazione and Il Messaggero. She had a daily TV talk show in Italy, but has lived with Schnabel in New York City since making the film.

Should Mrs. Weinstein lose sleep over this film? Should the AJC and other group’s complain about it? No. It is a slow paced, lethargic film with unnatural dialogue; it is inauthentic, and the story is not very compelling. If Weinstein and Schnabel expected the film to be the Exodus and Cast A Giant Shadow for Palestinians, they chose the wrong script, story, and directorial style. Israeli films by Israeli Jews have been more controversial than this tedious indulgence. Maybe Weinstein is simply creating a controversy around the film just to create a buzz and sell some tickets?