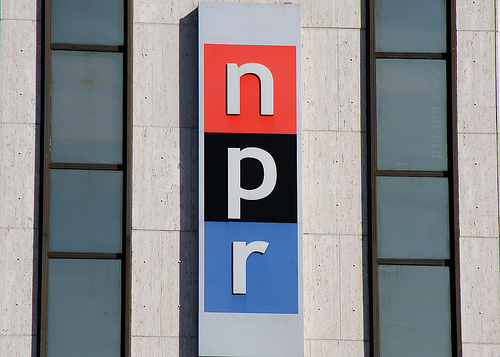 There was a staff position massacre at National Public Radio (NPR) in American today.

Vivian Schiller, NPR’s President of CEO resigned, as did Ron Schiller (no relation), the President of the NPR Foundation and the radio network’s VP for development (the nice way of saying fund raising).

Ron Schiller, who was scheduled to leave his position in May, left immediately, after it was publicized that he made disparaging remarks and generalizations about members or adherents of the T.E.A. Party. He also informed his new employer, The Aspen Institute’s Harman-Eisner Artist-in-Residence Program, that he would not join them out of respect for their mission and the injury he might bring to them after his publicized comments.

TEA Party fans were outraged by Schiller’s comments. But what he also implied was that Jews control the print media in America.

He made these comments in a right-wing pundit sting operation reminiscent of ABSCAM. James O’Keefe’s Project Veritas made an undercover video of men posing as affluent donors to NPR, who said they were Muslim, pro-Sharia, and from the “Muslim Education Action Center,” a fictitious group with a pretty website.

Schiller and his colleague, Betsy Liley, met with “Amir Malik” and “Ibrahim Kasaam” the Washington DC’s Cafe Milano (Try the mussels in white and lemon broth) and said that the Tea Party is racist, conservative activists are not real “Christians,” and that America’s uneducated mass of citizens have too much political power. Click HERE to watch parts of the video.

His guests stated that they wanted to contribute $5 million to NPR. The “donors” said that Jews controlled the media. Schiller responded that they need not worry, since there is no “Zionist influence” at NPR,.. but that influence is found in newspapers that are owned by [Jews.] One of the “donors” joked that NPR should be known as “National Palestinian Radio.”

Vivian Schiller resigned today upon hearing the news about her fundraiser.

Well… if you ask me.. many fundraisers and salespeople, on the right, left, or middle will say anything to help their groups and meet their goals, and they have no influence over news production and policy. But it is still sad to see people who believe idiotic ideas or say anything for a buck.