FBI: Tupac Shakur Was a Victim of a Jewish Group 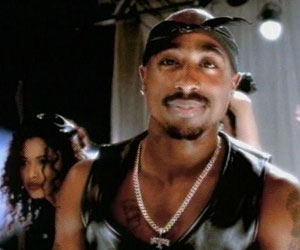 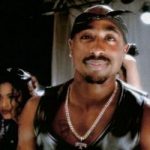 I was too busy worrying about Bibi and Bieber to pay attention to the latest document releases from the U.S. FBI, yesterday> These documents contains more information on musician Tupac Shakur and his murder. See the documents HERE. Perhaps the FBI’s VAULT site is trying to compete with The Smokiing Gun and TMZ ?

The documents, dating back over 13 years, released under Freedom of Information Act requests, claim that people associated with the JDL, the Jewish Defense League, targeted Tupac Shakur and others with schemes to obtain protection money from them. The JDL associates would do this by making anonymous death threats against rappers and their families, and then approach the musicians with their protection services for a fee. The FBI documents state, “The victim and their family are taken to a ‘safe haven,’ usually a private estate, and are protected by gun-toting body guards associated with the Jewish Defense League.” The JDL is labeled by the FBI as a domestic terrorist organization.

In his memoir, “Ruthless,” Jerry Heller (of Ruthless Records) wrote that the late Easy-E (who the FBI says was targeted for a shakedown by the people associated with the JDL) respected the JDL. He even planned to make a movie about the JDL. The family of Easy-E continued to receive threats even after his death. Heller hired Israeli bodyguards, led by “Mike Klein” to protect his business from Marion “Suge” Knight in the 1990’s.

The documents state that the JDL attempted to extort money from Tupac Shakur, but ultimately failed. They do not make a connection to his murder.