In search of a Seder Recipe?

Passover approaches. Some are scrambling for a unique Pesach recipe. Earlier this week, even Randi Zuckerberg, the sister of Facebook’s co-founder, tweeted that she was in need of a recipe for her Mexican-themed seder. Looking around the web, what is new for 2011?

In The New York Times, author Joan Nathan wrote this week about the growth of restaurant based seders. Not only Wolfgang Puck’s Spago holds seders. More and more families and couples are opting to make reservations and order from a menu for their affair. Complementing the article is a recommended playlist of twenty Passover tunes, a list of nearly a dozen restaurants that host seders in the USA, and APPS for Passover, such as a Haggadah, iHagadah, the Union Haggadah for Android, iMahNishtana, and Ma Nishtana for Android. The highlighted recipe in The Times is for Matza Brei with Lox and 35 other recipes. 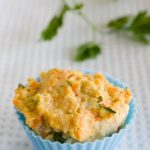 Cupcakes are Hot, as you are well aware. And for Passover, the cupcake project is highlighting their Gefilte Fish cupcake with horseradish frosting.

The Los Angeles Times turned its attention to its Seder Without Matza. Phyllis Glazer, reporting from Tel Aviv, goes nutty. She writes that all nuts are kosher for Passover, and they have been used throughout culinary history as flours, binders and thickeners. Best of all, gluten-free nuts taste 100% better than matzo, have a heart-healthy reputation and are considerably kinder on the digestive system. Her recipes in Asparagus with hazelnuts and seasoned currants; walnut- and herb-stuffed eggplant rolls; roasted chicken thighs with spinach, basil, pistachio and avocado oil pesto; and a chocolate pecan brownie fudge cake. 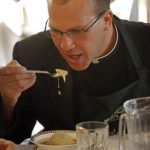 In the Miami Herald this week, there were stories on handmade matza making in the Miami area, with a reprint of Mark Bittman’s 2010 Olive Oil Matza recipe; a profile of North Miami Beach’s kosher food bank, the growth in demand for its services to the poor and unemployed, and the Passover foods it stocks; Miami’s Passover restaurant scene; and Miami-Dade’s annual Golden Matza Ball making competition. 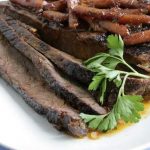 A brisket, a basket

The Detroit Free Press put many a paper to shame with a fantastic article. They asked their readers for their favorite brisket recipes. And they got them. In a story titled, However you cook it’s not Passover without a beef brisket, Ruthe Goldstein, 73, of West Bloomfield, adapted her recipe from a 1950s cookbook. She buys her beef in Delray Beach, Fla. and brings it back to Detroit in a cooler. Why? Cuz she got a good price for it in Florida. She uses kosher sweet wine in her recipe. Carol Schwartz adds apples to her gravy. And June Burk of Oak Park’s recipe is a stand in for family.

The Huffington Post has a piece on the five news stories to bring to your seder. I won’t even link to it since they are either outdated or too moronic to waste one’s eyesight on. The Wall Street Journal’s post on whether the Passover Seder is the new Christmas, and the continued growth of seder parties among Christians is also an article that can be zzzzz avoided. I was disappointed by the 2011 coverage in the Dallas Morning News; not even a recipe… just a mention of a Plano deli that has specially made gefilte fish for sale that uses non-over-fished species of fish.

The Philadelphia Inquirer did not leave me with a bitter taste. Their recipes however will. They focus on the bitter tastes of the holiday and provide two recipes for maror and haroset. They also add levity with a story on “Days of Wine and Haroset” and “Afikomen Round the Mountain, when…” songs. The Montreal Gazette also published two Haroset recipes for its readers.

San Francisco’s JWeekly for Bay Area residents published a Pesach special issue with recipes of a Turkish flavor and stories on a prison seder, a bluegrass seder in the Sandia Mountains, sending chametz to Japan, and the Mormon seder for students at BYU’s center in Jerusalem and their special guests. 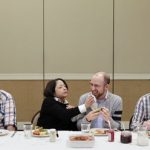 She irritates my palate by dissing grocery gefilte fish in gleaming glass jars, but wins by gathering a panel of judges that included Cantor Judy Schiff; Portland Jewish Academy Jewish studies teacher Nathan Somers; Portland State University Jewish studies professor Natan Meir; and Trent Pierce, a chef. Ed Ross, a sous chef who was born in Korea (the land that loves the Talmud) and was adopted by a deli-owning Jewish family in NY, made a korean style gefilte fish with garlic, sake, shiso leaf and ginger, Gefilte Fish Ssam (Ssam means wrapped in korean, like the way you wrap Galbi in lettuce leaves). Jenn Louis, a chef, prepared a pink tinted West Coast style with fennel frond. Vitaly Paley made a Russian style, in which the fish is stuff back inside the skin of the whole fish (usually pike). Growing up in the USSR though, there was little matzah, so they used, yes, bread crumbs. Alicia Parter, made her gefilte fish in the style of her family, which hailed from the Isle of Rhodes in Greece. She remembers piles of olives, lemon and fish, reflecting the Iberian and Ottoman influences on the cuisine. Her Pescado con Tomat in an herbal and lemony tomato sauce. The winner? You have to read the rest of the story.

To a Good Appetite!
(By the way, I did tweet back several “Mexican” style passover recipes to ms zuckerberg)