It all fits together quite nicely. More precisely, it fits together like a “baby’s first” four-pieces’ jigsaw puzzle freshly taken out of the box. And this one is as Jewy as it is chewy. 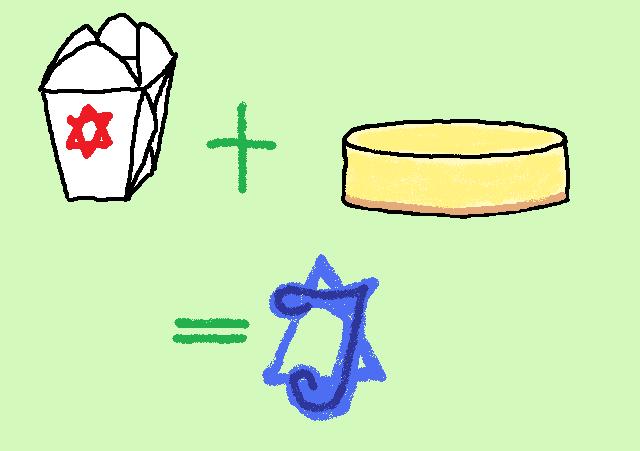 If you think this is a non sequitur, you are overqualified for this blog.

Loyal readers of Jewlicious already are aware of my somewhat masochistic love of overdosing on mediocre to truly bad European pop music once a year. So it comes as little surprise that I’ll be following the Eurovision Song Contest again.

Loyal readers of Jewlicious might also know that I enjoy baking.

And soon there’ll be cheesecakes upon us. Much to my amusement, I found out that “cheesecake” has got the following connotation:

c.1440, from cheese + cake. In fig. uses for “soft, effeminate” from 18c. Slang meaning dates from 1934, when a “Time” magazine article defined it as “leg-pictures of sporty females.” In its early years the word often was associated with Marlene Dietrich. [Online Etymology Dictionary]

(…) a good-looking woman; good-looking women. : Who’s the cheesecake in that low-cut job? [Dictionary of American Slang and Colloquial Expressions by Richard A. Spears.Fourth Edition. 2007]

This leads us back to the ESC where scantily clad females and “effeminate” males are not an unusual sight.

The Israeli contestant and 1998 ESC-winner Dana International didn’t make it past the semi-finals with her contribution “Ding Dong”.

Could the song actually stand a chance at the ESC? Afterall, a song titled “Ding-Dong” had won the contest before and became quite popular for years on end. Let’s see….
(The ESC isn’t exactly known for novelty or voting based on musical performance, so let’s leave all such considerations aside.)
“Ding Dong” is the name of a Chinese fast food chain over here.
“Dong”? “Dong”? I mean, “Dong”? And a silver-coloured dress at last night’s performance? A long silver-coloured dress? Was this done on purpose?
As for the chorus (copied from the ESC site linked to above):

Ding dong say no more
I hear silent prayer [sic] and its [sic] making me
high and fly [sic] I know where to go
and I’m comming [sic – or deliberate?] now

Do they not let someone familiar with the English language proofread the lyrics? Or was the “high and fly”-line meant to be a reference to the days when Dana International was “dope” and won the ESC?

Still, at least two of us here at Jewlicious love the ESC. Because it is cheesy.

P.S.: I only learnt recently that Maya Saban of Jewdyssee was a background singer for last year’s ESC winner Lena. How about them puzzle pieces?