Justin’s Israeli Gift is Close to his Heart 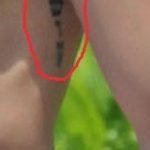 Hi there Hebrew speaking Bieber fans. The news is out. While in Israel, the teen-aged Bieber reportedly visited a tattoo parlour with the permission of his mother, and he got a Hebrew letter tattoo on the left side of his ribcage.

The Hebrew letters spell Yeshua, which I think is ck’s Hebrew name? Or it is for Justin’s true love: Jesus. The ironic thing is that someone told me that Jesus has a Bieber tattoo on His chest. 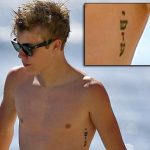 Bieber, who visited Israel on his recent World Tour prior to Passover, also has a small tatoo of a zipporah on his hip. A friend of his father inked him with the tiny bird for his 16th birthday in 2010.