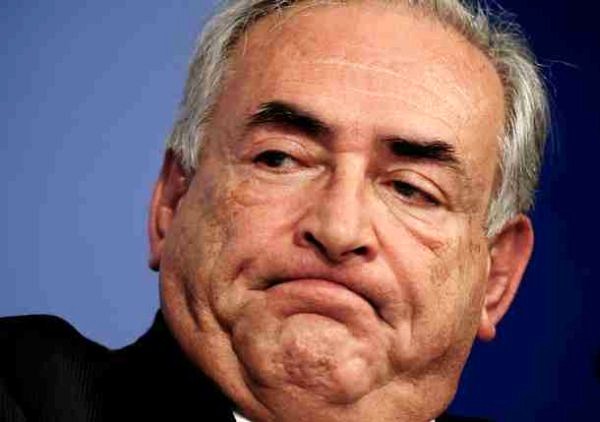 What a difference a day can make. On Friday the 13th, synagogues were preparing to read the Torah portion, Behar, on the Jubilee year and economic relations; John Lipsky, the International Monetary Fund’s (IMF) first deputy managing director, was planning to leave the bank in August; and Dominique Strauss-Kahn, the managing director of the IMF was in Manhattan and planning for meetings this week in Brussels on Monday to determine how to handle debt problems in Greece and Portugal.

Less than a day later, Lipsky was elevated to acting managing director, and Strauss-Kahn was arrested for an alleged sexual assault in his hotel suite at the Sofitel. Strauss-Kahn was taken off a Paris bound flight at JFK airport on Saturday afternoon by the New York City Police Department and taken to its Special Victims Unit in East Harlem. German Chancellor Angela Merkel was to meet with Strauss-Kahn on Sunday to discuss a number of key issues including the European debt crisis. Instead of the Merkel meeting, Strauss-Kahn was put through a line-up. He is expected to meet a judge and be arraigned at 1 AM on Monday in lower Manhattan (Update: It will take place later, on Monday morning). His attorney, Benjamin Brafman, 62, famed for representing celebrities in New York City criminal cases, stated that his client is innocent (of the accusation that he attempted to sexually assault a hotel housekeeper on Saturday afternoon.) Brafman is known to be good at keeping his high profile clients “alive and functioning” when their world is collapsing around them.

As reporters and photographers from local and national news organizations, French news groups, and even Al Jazeera waited for over 24 hours in the rain for a “perp walk,” a chance to photograph the banking director as he moves from the SVU to a criminal court*, Strauss-Kahn’s arrest generated a shake-up in French political circles. Strauss-Kahn, 62, referred to as “DSK” in France, is the leading unofficial Socialist Party candidate for France’s presidency, currently held by Nicolas Sarkozy. The arrest also brought increased attention to the IMF, which some believe has outlasted its relevance, now that it finds itself having to help “developed countries,” such as Greece and Portugal, instead of “developing” countries.

Mr. Strauss-Kahn is the son of Gilbert Strauss-Kahn and Jacqueline Fellus. Active in the French Ashkenazi and North African Jewish communities, and a strong supporter of Israel, he is married to Anne-Ã‰lise Schwartz Sinclair, a well-known French journalist.

Several Parisian newspapers published special editions on Sunday with news of DSK’s arrest. Before any news organization reported the arrest, it was tweeted by a student at Sciences Po, who said he heard about it from a friend who worked at the Sofitel, where the alleged assault allegedly took place. Politicians loyal to current President Sarkozy were quick to state that this arrest would ruin DSK’s political future. The International Herald Tribune opined that the arrest could increase the political clout of the far right National Front, led by Ms. Marine Le Pen. But in a country that puts up with Sarkozy, and lauds Polansky, this might not hurt a run for the presidency as much as his opponents predict.

* Note: I was hoping to include a pic from the “perp” walk, but I am not waiting up til 1 AM… (It happened at 10:45 PM, just in time for the 11PM evening news) The best part of waiting outside the police station with reporters and photographers and half a dozen news vans was watching the photographers fight over position, listening in as one on-air personality melted-down and shouted at her producer that the other producer was embarrassingly awful and being a bystander as a Fox News crew argued with a print photographer over how close they could stand to a car. All in all… a fun afternoon