Several Jewish groups, politicians and leaders had roles in bring this law to fruition. Among them were Rabbi Sharon Kleinbaum of NYC’s Congregation Beit Simchat Torah. Seen here in this video, Rabbi Kleinbaum (in tallis) led protest and lobbing efforts in the hallways of the Senate in Albany NY. In this controversial video, she is seen trying to disrupt a photo session with a few haredi Jews and a state Senator who opposed the new law. The opponent of the law is heard screaming, “You’re not a Jew! You’re not a Jew!,” at Rabbi Kleinbaum.

Another leader who supported the law and led lobbying efforts in Albany was Jay Michaelson. Author of the forthcoming book, “God vs.Gay: The Religious Case for Equality.,” he is a graduate of Yale Law and Hebrew University, and a founder of Nehirim. 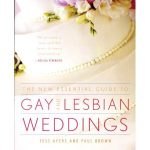 On the other side of the issue, The Agudath Israel of America and the Orthodox Union lobbied the state lawmakers to oppose the legislation. The Agudath Israel, led by Rabbis Chaim Dovid Zwiebel and Shmuel Lefkowitz, asked its members to oppose the law. They called on heavenly help, writing, “Together, with Hashem’s help, we can still help defeat this pernicious legislation.”

Agudath Israel, reportedly, lobbied Senator Saland intensively. Saland had voted against a similar measure in 2009. A member of a synagogue that is affiliated with the Conservative movement, Saland is on the same family tree with the late Shmuel Salant, a former 19th century chief rabbi of Jerusalem. Steven Saland (Republican-Poughkeepsie), with his wife watching from the gallery, voted for the 2011 marriage equality bill, saying that in 2009, he believed that civil unions for same sex couples would be a satisfactory conclusion, but that since that time, he anguished over the importance and significance of his vote. He added, “I must define doing the right thing as treating all persons with equality in the definition of law as it pertains to marriage. To do otherwise would fly in the face of my upbringing…. While I understand that my vote will disappoint many, I also know that my vote is a vote of conscience. I have contemplated many difficult votes throughout my career and this is by far one of the most, if not the most difficult. Struggling with my traditionalist view of marriage and my deep rooted values to treat all people with respect and as equals, I believe after much deliberation, I am doing the right thing in voting to support marriage equality.” 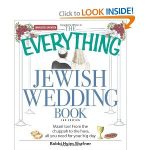 But for all the personal lobbying, maybe the behind the scenes efforts passed the law. Behind the scenes, in March, Governor Cuomo called gay leaders together and told them that their infighting had led to problems with earlier legislative efforts. He enforced strict focus on the groups, and the five major organizations had to merged into a single group led by a Cuomo associate. When a gay legislator, the brother of actress Rosie O’Donnell, introduced a gay marriage bill on his own, he was swiftly disciplined. Then, a few weeks ago, some of Democratic Governor Cuomo’s closest advisers, directed by Steve Cohen, Cuomo’s second in command, held a secret meeting, catered with tuna and turkey sandwiches on rye, with a group of extremely rich and generous Republican donors. They asked the donors to use their influence in support of the law with Republican senators. The donors, including billionaire Paul Singer, whose son is gay; other hedge fund managers, including Daniel Loeb and Clifford Scott Asness; and Denver software entrepreneur Tim Gill and his husband Scott Miller, wrote checks to support a lobbying campaign that totaled more than $1 million.

As the vote took place after several delays and breaks, State Senator Carl Kruger, a member of Brooklyn’s Flatbush Park Jewish Center, and a former board member of Temple Hillel, who had opposed same sex marriage laws in the past, voted in support of the law, helping the bill to pass. Did he vote his conscience, the will of his district, or was it a result the LGBT protests outside his official and unofficial homes accusing him of being closeted? Who knows, and who cares? 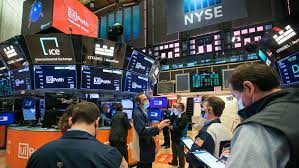