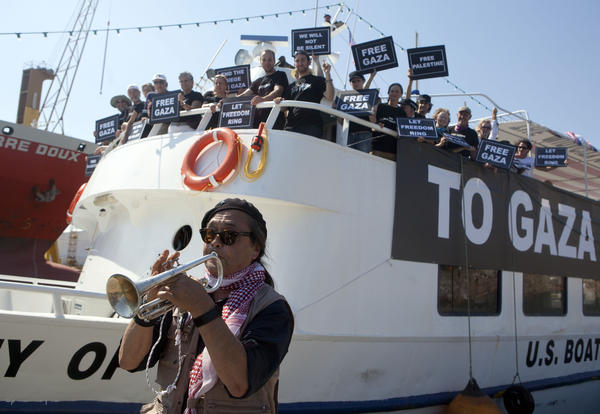 Amid this conclusion, the pessimist in me cannot help but ask if the flotilla organizers and their well-funded backers lost a pawn in exchange for a rook, if they took a step back while preparing to take two steps forward.

As the saying goes, the best way to win a battle is to avoid it.Â  As Greece intercepted a Gaza bound flotilla on July 4th, Israel won a series of â€˜battles’ that included the Turkish and French activists dropping out of the flotilla altogether and the total number of participants tumbling from 1500 to a meager 350 die-hards who didn’t even have a chance to sail.

Much of the world understood that the flotilla was a provocation by extremists and misguided activists.Â  UN Secretary-General Ban Ki-moon, US Secretary of State Hillary Clinton, EU High Commissioner for Foreign Policy Catherine Ashton, the governments of Canada, Spain, and others all came down unequivocally against the flotilla.

The clearest condemnation came from Canadian Foreign Minister John Baird, who declared, â€œI strongly urge those wishing to deliver humanitarian goods to the Gaza Strip to do so through established channels. Unauthorized efforts to deliver aid are provocative and, ultimately, unhelpful to the people of Gaza.â€ He went on to say that â€œCanada recognizes Israel’s legitimate security concerns and its right to protect itself and its residents.â€

This was a major diplomatic victory for Israel, which is often condemned for ‘violations’ by many of the self-same governments who resort to more excessive measures when it is in their own interest to do so.

It is difficult to tell if the Israelis won the PR battle.Â  Mostly yes according to a well-argued column in the Algemeiner. But, as agenda based media outfits like The Guardian continue to bias their coverage against Israel, ‘successful damage control’ may be more accurate than ‘PR victory.’Â  Even so, Israel has good reason to feel satisfied with their well coordinated communication efforts.

Amid this conclusion, the pessimist in me cannot help but ask if the flotilla organizers and their well-funded backers lost a pawn in exchange for a rook, if they took a step back while preparing to take two steps forward.

Firstly, activists and extremists will renew efforts to reach Gaza, including by air.

Secondly, Israel’s focus on Palestinian welfare, while providing ammunition in its PR battle, puts into question the success of the Gaza blockade.Â  Israeli balance between pressuring Hamas while dutifully ensuring the welfare of other Gaza Palestinians has resulted in a damaging half-measure whereby Israelis receive blame for perceived Palestinian suffering while evading any benefits that would be afforded (i.e. grassroots pressure on Hamas) were the accusations of a brutal blockade accurate.

Let us remember, the blockage was ostensibly designed to weaken Hamas through an economically impoverished Gaza while enabling the Palestinian Authority to rule over an economically flourishing West Bank.Â  The contrast between the two territories was to allow Palestinians to conclude that Hamas rule is not in their interests.

Israel’s predicament is indeed challenging.Â  But until Israelis can solve this dilemma, they may continue to win battles while finding it ever more difficult to win the war.