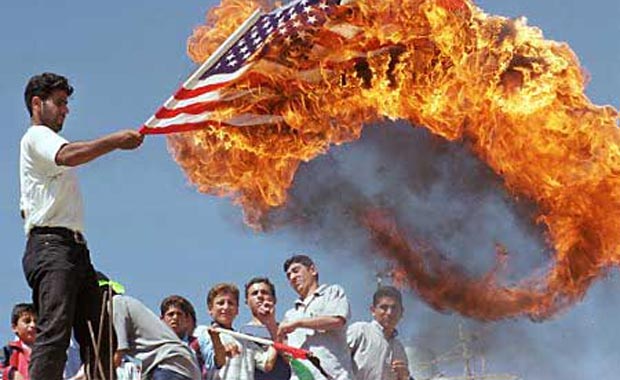 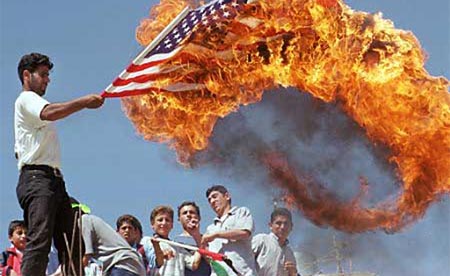 How should we react when AIDS, the swine flu, infertility, economic stagnation, natural disasters, revolutions, and a litany of other grievances are routinely blamed by Middle Eastern populations on the Westâ€”the United States and Israel in particular?

Because some of these accusations are so over the topâ€”Mossad trained sharksâ€”or we know them to be patently falseâ€”CIA behind the 9/11 attacksâ€”Western analysts tend to dismiss such claims as the rantings of sadly misinformed oddballs:

Debate over Israeli Products in Sinai

But conspiracy theories are useful.Â  They provide scapegoats through which disenfranchised societies and their rulers make sense of their predicament while crowding out inconvenient facts. Â In a recent Pew Research Center survey, more than two thirds in surveyed Muslim-majority countries denied Arab involvement in the 9/11 attacks. Accusations of â€œforeign hands,â€ Zionist plots, or imperialist (i.e. American) designs are conjured regularly by academics, government higher-ups, and the wider population alike with conviction inversely proportional to the availability of evidence.

Past history also plays a role. The Middle East has been subject to conspiracies in the past, such as the overthrow of Iranian President Mohammed Mosssadeq in 1953 or the 1956 Suez invasion by Britain, France, and Israel, which makes modern day illusions seem more plausible.

Yes, America’s policy in the Middle East is sometimes counterproductive and has room for improvement. But there is no policy adjustment that will accommodate grievances that arise from the belief that Americans or Zionists are responsible for every major ill from 9/11 to revolutions to natural disasters.

The problem in glossing over the impact of these lies, half-truths, distortions, and incitement directed at the West, including from our ostensible allies, is that we miss a defining factor of America’s relationship with the region.

How should our foreign policy deal with this challenge?

At the very least, we must acknowledge that some of our allies in the Middle East spread, tolerate, nurture, or co-opt anti-Western conspiracy theories and allow incitement through state media, schools, mosques, and even official communiques (see memri.org) in order to redirect public anger, sow discord among state enemies, and justify repression as a means of defense against nefarious foreign plotsâ€”real or imagined.

We should assess our allies’ intentions by what they say publicly to their own people and not the niceties their diplomats convey behind closed doors. This means when Secretary of State Hillary Clinton meets with her Saudi counterpart, her assessment of the Saudi-American relationship will take into account what is preached in Saudi-sponsored mosques. It means that Palestinian President Mahmoud Abbas will not maintain the status of a peaceful moderate while he glorifies known terrorists. And so on.

This is not interference in domestic affairs. It is a critical component of our national interest to insist that our allies, who are so devoted to influencing their domestic public opinion, desist from enabling anti-American animus. And if we are serious about promoting the Arab-Israeli peace process, the same expectations must be applied to the anti-Semitism and denial of Israel’s legitimacy which is so common in this region.

People do not act on reality. They act on their perceptions of reality. While perceptions are influenced by much more than the efforts of regional governments, we will never win the battle for hearts and minds while our ostensible allies propagandize against us. We must insist otherwise to secure our foreign policy interests.

David Bratslavsky analyzes US foreign policy and the Middle East. He studied politics, language and religion in Washington, D.C., Tel Aviv, Cairo and Jerusalem and currently works for a political non-profit.Â  Follow on Facebook and Twitter.