Is Hurricane Irene Jewish?… and Other News

Is Hurricane Irene – an August 2011 storm system which is damaging the Bahamas and affecting the Eastern seaboard of the USA – Jewish?

But the character in the film, OUR IDIOT BROTHER, sort of is. The film, starring Paul Rudd and directed by Jesse Peretz, is about the Rochlin sister and their drug smoking, well-meaning, idiot brother, Ned. The script was written by Jesse and Evgenia Peretz (brother and sister, kids of Martin Peretz of The New Republic) and David Schisgall (Evgenia’s husband). The Rochlin’s were originally written as a Jewish family with a domineering mother, and even a scene with a mohel. In rewrites and editing, the family became protestant and there is no bris.

In other Jewish news:

Earlier this year, Jewlicious reported on a rabbi who was restoring and selling Torah scrolls that he said he had salvaged from Eastern European towns destroyed during WWII. There were those who said that his “Jewish Indiana Jones” stories were factually-challenged. 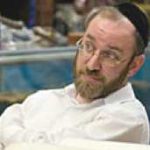 Rabbi Youlus resigns from Save a Torah

Alas. The U.S. Attorney of the Southern District of New York charged him with fraud. Menachem Youlus, 50, surrendered his passport in U.S. federal court in New York this week and was released on bail. The U.S. Attorney indicted him for defrauding his non profit organization, Save a Torah Inc, and embezzling $145K. He owns the Jewish Bookstore of Greater Washington. It seems as if his tales, such as the one in which he found a Torah under flooring at Bergen-Belsen, may be fiction. Assistant U.S. Attorneys N. Friedlander and J. Echenberg will lead the prosecution.

Speaking of scrolls and impressions, the current leader of New York City’s Jewish Museum, Joan Rosenbaum, is retiring after three decades, and the museum directors have selected Claudia Gould, 55, the current director of the Institute of Contemporary Art at the University of Pennsylvania to replace her. The Jewish Museum in NY has a budget of about $16 million. The ICA spends about $3 million. Of course, the cost of living is much higher in Manhattan, so I guess those museum budgets are nearly even? 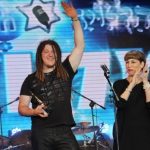 Speaking of budgets, August 25 is the finale of The Hallelujah Song Contest. Contestants from around the planet Earth are competing. It is a mixture of Kochav Nolad, Idol, Glee, and Eurovision. Who will win? Zionism? Yehoram Gaon? Or the contestant from Uruguay?

Actually the winner was Adam Kleinberg, 21, from Mexico, who sang “La Kol” Adam Kleinberg Alazraki was a member of the Habonim Dror youth movement and currently works as an industrial cleaning products salesperson. Some of his favorite Israeli musicians are Hayehudim (La Kol), Mosh Ben Ari, Ehud Banai, and Hadag Nahash.