Holiday recipes as Sweet as the Traffic Around the U.N. 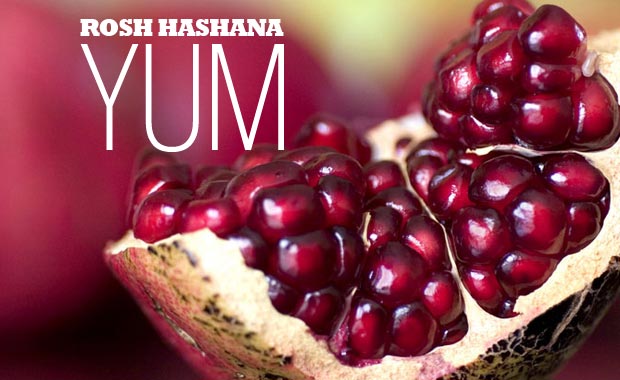 It is the Wednesday before Rosh HaShanah, and newspapers around the world, from the Manhattan’s Upper East Side to Toronto’s High Park, from the U.N. General Assembly to LA’s Pico-Robertson, are publishing special Food section recipes for the Jewish holidays.

Let’s take a look at some of them. 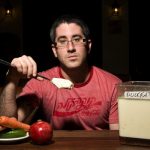 The New York Times leads with a story from the Dean of modern Jewish food writers and floggers (food bloggers), Joan Nathan. Nathan, writing from Philadelphia, tells the story of chef Michael Solomonov, who opened an Israeli cuisine restaurant, Zahav. Solomonov had worked in a Tel Aviv bakery, smoked lots of joints in Vermont, and was cooking Italian foods in Philly. But after his brother, David, was killed during Yom Kippur 2003 by snipers in an orchard near Israel’s border with Lebanon, Michael changed the direction of his career; he decided to focus on Israeli cuisine.

The story includes some of his recipes: the recipe for Braised Brisket With Pomegranate Juice, Chestnuts and Turnips is here, but you have to use local pomegranates and not the antique ones he tried on the Lebanese border; Pumpkin and Saffron Jasmine Rice Pilaf is here, and is great after a weekend of pumpkin picking; and the recipe for Tabbouleh With Apples, Walnuts and Pomegranates is here. I actually am seriously thinking of going to Philadelphia next week to sample his Rosh haShanah menu

The New York Times also has a 32 page slide show of holiday foods. including Babette Friedman’s Parisian Apple Cake recipe (recipe here), and Debbi Braver’s Jerusalem Kugel (recipe is here.) Its dining blog asks readers to add what they will be serving over the holidays. 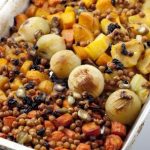 Today’s Washington Post broke news on the U.S. Department of Justice’s cupcake expenditures ($16 per cupcake), but also focused on Sephardic holiday recipes. It includes a story of a DC area family with North African Jewish roots, and Sephardic recipes for roasted vegetables, Pomegranate and Herb Salad; Dates with Goat Cheese, and blessings for the various ritual foods.

Up at The Boston Globe, editors reported on U.S. Congressman Barney Frank, who said he will return thousands of campaign dollars he received from an alleged poker ponzi scheme. They also looked for sweet items for Rosh Hashanah. They lead off with date nut bars (the recipe is here.). For Jewish Bostonians who harvested too many zucchinis from their gardens, a recipe for zucchini walnut raisin cake is included.

And what about in the Herald in the Golden Medina of Miami? Not much. I think all the readers already have their recipes, so there is no need to report on more. The Palm Beach Post does, however, report on a fabulous Challah Circle, sort of like a quilting bee or sewing circle, except all the women bake challot (recipe for sweet challah included). The Palm Beach Post also tracked down cookbook author, chef, and kosher restauranteur, Levana Kirschenbaum – formerly of Manhattan’s Upper West Side – and gets some of her Moroccan inspired recipes for tri-color fish Terrine, honey cake, vegetable and dried fruit couscous, and cranberry apricot bread pudding. A little to the South, the South Florida Sun-Sentinel asks three chefs to share some recipes. Chefs Bruce Feingold, Malka Espinel and Michelle Bernstein turn to the comfort foods their families traditionally served when planning their own high holiday celebrations. Bruce Feingold is a graduate of the Culinary Institute of America and chef/partner at Dada in Delray Beach. He has cooked professionally for over 2 decades and shares a recipe for Short ribs and daube sauce. Michelle Bernstein, a recipient of a James Beard Award and a chef/co-owner of Michy’s, Sra. Martinez and Crumb on Parchment in Miami shares her fave: Whole snapper with artichokes and fennel. Even with all those awards though, her mother is in charge of the holiday cuisine. And Malka Espinel, a pastry instructor at the Art Institute of Fort Lauderdale and a chef, recalls her childhood in Colombia with a recipe for Honey Cake with Poached Pears and Tia Maria Gelee.

The Chicago Sun-Times reached out to one of Illinois’ top BBQ experts, Jeff Shapiro, owner of Real Urban Barbecue in Highland Park, to learn more about briskets. They also covered Chicago Mayor Rahm Emanuel’s tear filled speech on what Judaism and Being Jewish means to him. 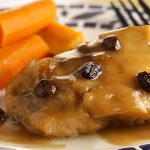 The Chicago Tribune's sweet fish (From the Jewish Heartland)

Not to be outdone, The Chicago Tribune started a week early. It published an heirloom holiday recipe from “From The Jewish Heartland”, which was reviewed earlier this season on Jewlicious. The Tribune skips a BBQ Brisket and focuses instead on a fig sweetened one, with this recipe. It also reports on the Chicago Rabbinical Council’s launched of an Android version of its free kosher foods application for smartphones that merges Biblical dietary laws with modern-day technology.

The Montreal Gazette recommends that readers make use of local cherries for the Jewish new year. And Joshua Walovitch, a hockey fan and reporter for The Boston Herald, reports on his experiences trying to bake a sweet challah for the holidays (recipe included). Jweekly in San Francisco highlights leek patties for those who like to incorporate leeks into their holiday meals. The Cleveland Plain Dealer also leads off with a challah (and apple sauce chicken), but their bread uses a food processor. Actually, I must admit, the Plain Dealer had the most comprehensive and easiest “plain” list of recipes. 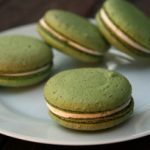 To my East, The Independent in London profiles Gelia Hocherman, a British Kosher cookbook author. He will host a small group of twenty for the holiday with his famous pershwari challah, chicken soup with kreplach, a rib roast, purÃ©ed parsnips, broccoli soufflÃ©, and more. And to my West, as the sun sets over San Francisco Bay, the Chronicle leaves us with a pomegranate sorbet. And all around me is the NPR broadcast of new recipes, like the one for Apple macaroon cookies with honeycreme filling.

Now if only I could get my stove working in the New Year. Best wishes to you and your families. B’tay avon and L’shana Tovah.