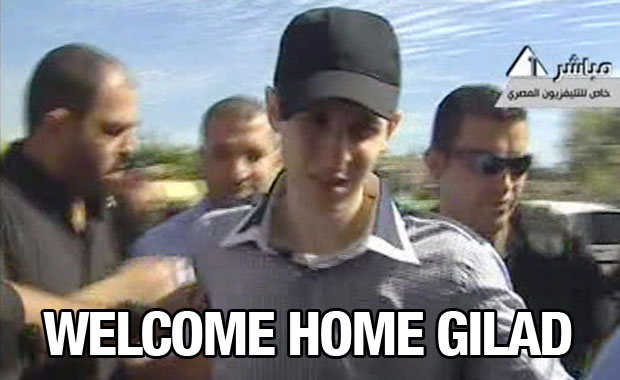 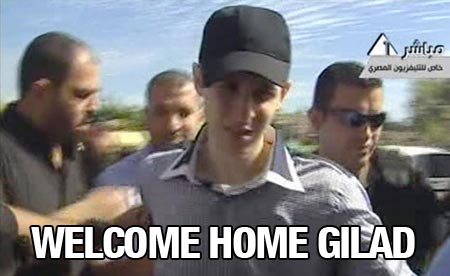 Finally. After five years Gilad Shalit is finally in Israeli hands as part of a prisoner exchange deal that will see 1027 Palestinian detainees, many serving life sentences for their direct involvement in acts of terror, freed from Israeli prison. Shalit is heading to Tel Nof air force base where he will be reunited with his family and greeted by Prime Minister Netanyahu. Afterward he is expected to go home to Mitzpe Hila, which has been closed off to all visitors. The first images of a freed Shalit were broadcast by Egyptian television and show Shalit to be gaunt and pale, but otherwise healthy. Interviewed by Egyptian TV he said:

I’m very emotional. I haven’t seen people in a long time. I missed my family. I missed seeing people, and talking to them … Of course I miss my family very much. I also miss my friends … I hope this deal will lead to peace between Palestinians and Israelis and that it will support cooperation between both sides. 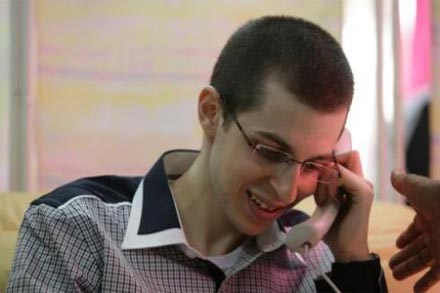 Gilad talks to his parents for the first time in 5 years. 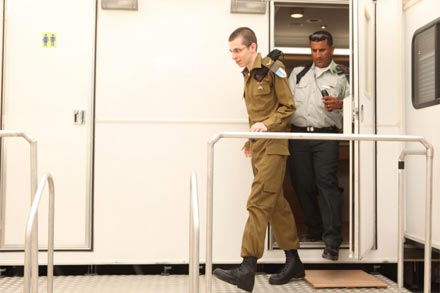 Arriving at Tel Nof Air Base, Gilad is given a new IDF uniform prior to greeting family

No offense to Hamas or anything, but dang that was an ugly shirt they gave Shalit. Next time just stick with a basic one-color dress shirt. 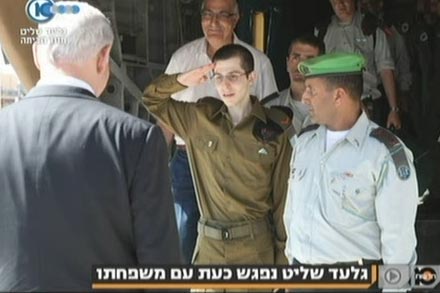 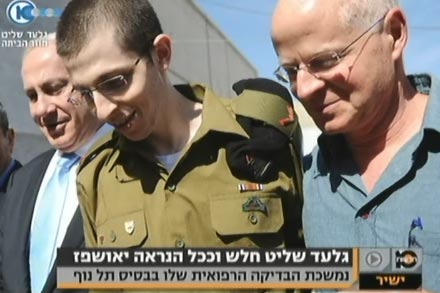 Gilad, his Dad and Netanyahu 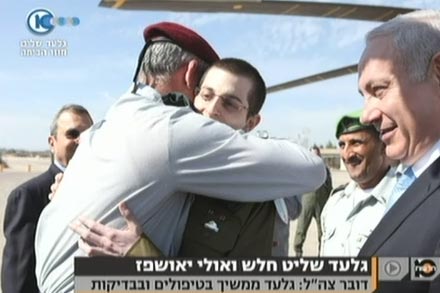 I am very encouraged by the prisoner exchange today after many many years of negotiation,” Ban said. “The United Nations has been calling for (an end to) the unacceptable detention of Gilad Schalit and also the release of all palestinians whose human rights have been abused all the time.