Perry Flops on Aid to Israel 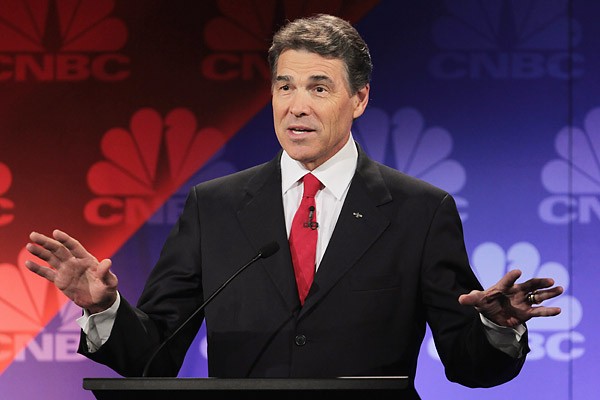 Normally I don’t wander into Republican primary debates. But who can resist when a leading candidate says that he wants to zero out all foreign aid, until they justify it? Perry remarked in response to a Twitter question:

“Obviously, Israel is a special ally, and my bet is that we would be funding them at some substantial level,” Perry said. “But it makes sense for everyone to come in at zero and make your case. As a matter of fact, we ought to try doing that with some of those agencies that I was trying to think the name of.”

By the end of the debate, Perry’s campaign issued a statement with a major clarification: Perry is “a friend to Israel and understands the challenges faced by the country,” according to Talking Points Memo.

“We must not let any daylight show between our two nations,” the statement says, adding that Perry “does not believe weakening Israel is the road to peace. A strong Israel is in the best interests of the United States and the region.”

Texas is home to the largest pro-Israel Christian groups in the country, Christian United for Israel.