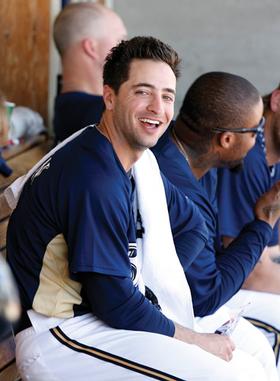 Alright, this guy really is an amazing player, probably at an historic level of playing. He is also the fourth Jewish MVP in Major League Baseball history joining greats like Greenberg, Koufax and Rosen. Notably, he has signed lucrative contracts but he could have signed for much bigger money if he had sought to wait (he didn’t) and probably played for a much bigger market team (he has now been signed through 2020 with the Brewers). All in all, a fairly impressive person and player.