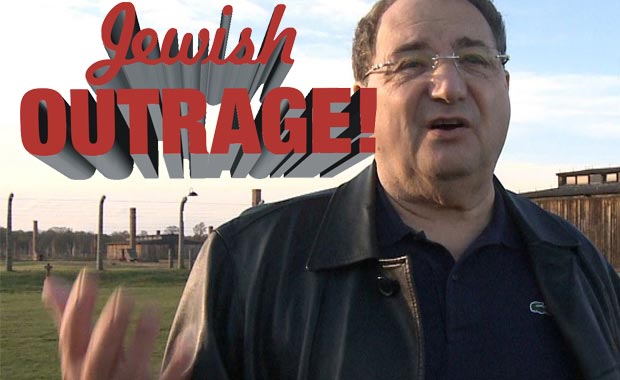 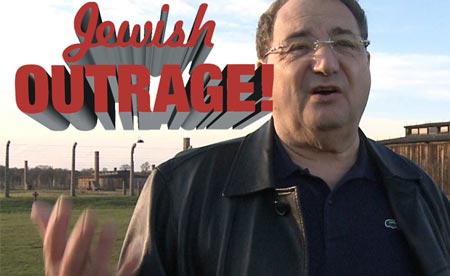 The Israeli government recently launched and suddenly pulled an ad campaign that was meant to urge Israelis living in the US to consider returning back to Israel. The campaign essentially cautioned Israeli expats against marrying American Jews and raising their children in the US. As noted in a post by The Jewish Channel here a few days ago, the campaign took the form of strategically placed billboards and ads on Jewish cable TV Channels. The shit storm wasn’t slow in coming. Jeffrey Goldberg over at the Atlantic got it stated when he stated:

I don’t think I have ever seen a demonstration of Israeli contempt for American Jews as obvious as these ads… These government-sponsored ads suggest that it is impossible for Jews to remain Jewish in America… The idea, communicated in these ads, that America is no place for a proper Jew, and that a Jew who is concerned about the Jewish future should live in Israel, is archaic, and also chutzpadik (if you don’t mind me resorting to the vernacular). The message is: Dear American Jews, thank you for lobbying for American defense aid (and what a great show you put on at the AIPAC convention every year!) but, please, stay away from our sons and daughters.

Similar statements of disappointment and thinly veiled outrage were heard from the usual suspects, The Jewish Federations of North America who, in a memo addressed to the JFNA Board of Trustees and Federation Presidents and Executive Directors , stated:

While we recognize the motivations behind the ad campaign, we are strongly opposed to the messaging that American Jews do not understand Israel. We share the concerns many of you have expressed that this outrageous and insulting message could harm the Israel-Diaspora relationship… For that reason, we have made our concerns known to Israeli officials in the United States, and are delivering a strong letter to the Prime Minister’s office asking the government to stop this initiative and to reconsider the strategy behind it.

Abe Foxman over at the ADL chimed in:

We find these videos heavy-handed, and even demeaning … While we appreciate the rationale behind the Israeli government’s appeal to its citizens living in the U.S. to return to Israel, we are concerned that some may be offended by what the video implies about American Jewry.

Well, ’nuff said. The Israelis pulled the ads and cancelled the campaign and that’s all she wrote:

The Ministry of Immigrant Absorption’s campaign clearly did not take into account American Jewish sensibilities, and we regret any offense it caused. The campaign, which aimed to encourage Israelis living abroad to return home, was a laudable one, and it was not meant to cause insult. The campaign was conducted without the knowledge or approval of the prime minister’s office or of the Israeli embassy in Washington. Prime Minister Netanyahu, once made aware of the campaign, ordered the videos immediately removed from YouTube, and he ordered that the billboards be removed as well. The prime minister deeply values the American Jewish community and is committed to deepening ties between it and the State of Israel.

Except here’s the thing. The messages in the ads are, well, totally true. Israelis should know that the benefits that accrue with a move to the US come at a price. Secular Israelis may not care about the 50%+ intermarriage rate of Jews in the US. Jewish day schools that cost $15,000 a year and then some? Not such a big deal if you’re making big bucks at some giant tech firm in Palo Alto. But how about the children? How will living in the US affect the precious kinderlach? Well, all one needs to do is compare and contrast. Compare your average 20-21 year old Israeli soldier on a Birthright Israel trip with his or her American equivalents – it’s the difference between an adult and a child. Compare American Jewish students studying at an overseas University program with their Israeli equivalents. The Americans like to party while the Israelis tend to study hard on a daily basis.

Of course life in Israel isn’t perfect. To say the least. But a couple of generations from now, millions of our children and grand children will not even identify themselves as Jews. Those pie eyed Israelis, seduced by the promise of a better life, will look back on the day they decided to leave Israel, with its vibrant Jewish life, both secular and religious, and rue the day they decided to start new lives in the United States. I say this as an American Jew, living in New York, undoubtedly one of the most Jewish cities in the world. I am a keen observer of my friends and colleagues and I can read the writing on the wall. I hope my pessimistic assessment proves to be wrong, and if it does, it will be in no small measure thanks to the existence of a strong, stable and vibrant Israel and its relationship and ties to the Jewish diaspora. But if we keep taking Israel’s best and brightest, that equation doesn’t work. We ought to at least be honest with them and let them know that if they join us, they will inevitably become just like us.