The Idiot’s Guide to Chanukah 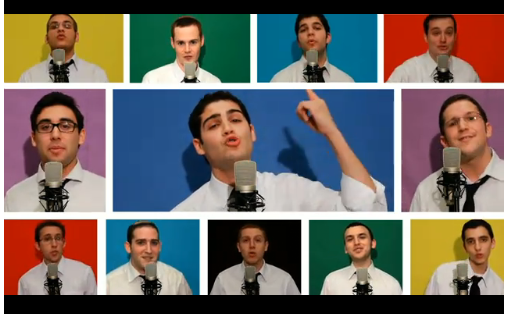 Can you feel the holiday spirit? Â Smell the sufganiyot in the air? Â It’s almost time for Chanukah!

What? Â You’re not familiar with sufganiyot? Â You might want to educate yourself with The Idiot’s Guide to Chanukah. Â Here are a few excerpts.

What’s this celebration all about? In 168 BCE, the Syrian-Greek army gained control of the Jewish Temple. In 167 BCE, their king, Antiochus, declared that followers of Judaism would be killed. And in 166 BCE, Jewish rebels known as the Maccabees decided that two thousand years later, their descendants might need a reason to make dorky Youtube videos.

Although Christmas is celebrated on the 25th of December and Chanukah begins on the 25th of the Jewish month of Kislev, rather than waiting for a fat man to visit, we Jews try to put on as much weight as humanly possible. Furthermore, while many Jews in the United States give gifts on these eight days, it is understood that this custom has developed simply so that Jewish children will not feel left out during Christmastime. (The Jewish holiday associated with gift-giving is actually Purim, which usually falls in March and may explain why halfway through the month, left-out Catholics are so eager to give each other the gift of green beer.)